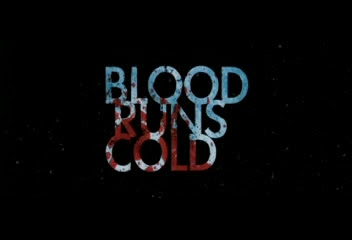 There is this one slasher title from Sweden that really strikes my nerves. It's called "Madness", a 2010 backwoods hicksploitation featuring four mentally challenged psychos with fake American accent, living in a farm to hunt and kill people, by director Sonny Laguna. I'm still waiting for the right time to review it but all I could say to you now is that it's Garbage. Absolute Garbage.

And yet, Laguna returns once again with another slasher, a somewhat clone of Norway's hit snowbound bodycounter Cold Prey (2006). Could lightning strike twice and bore me to death again? Or will Laguna learn from his mistakes and finally put something on the shelf worth renting?
﻿
Winona is a successful artist looking for a way to escape a stressful life in the big city. Her manager settles her a house located right in her home town, where she runs in to her old boyfriend along with his buddy and his buddy's girl. They get back, chat, drink, and then agree to accompany her back home, to catch up a little further with their lives. But somehow, Winona can't shake off the feeling that she's not alone.

Unfortunately, she assumed right; a deranged maneater, wielding an axe, soon starts chopping off body parts off his victims and eating them, thinning down the number until nobody's left except Winona, in one hell of a cat-and-mouse chase between an unstoppable lunatic and probably tonight's dinner.

Made in a budget of five-hundred grand, Blood Runs Cold works as an effective chiller (no pun intended) and a splatter movie of unusual proportions. It is atmospheric, bloody and a tense, taking its time to build around the characters before setting out the big freak to dismember the night. There's a wad of nightmare logic at play here, too, as the random appearance of the killer and his lack of origins makes him a worthy foe, and when he does murder, expect very little tame killings as he axe his way to a fountain of blood (Literally!) all of it workable albeit its given budget.
The only flaw of the film is that it falls victim to bad acting and bad characterization. No-namer Hanna Oldenburg did show some potential despite hunching over at some of her lines, but I think she'll stand straight when the time comes. There's also some pacing problems, but I believe that the wait was worth it for that blood gushing finale.
Blood Runs Cold is a good little title that deserves some little praise. It's simple and bold, with a vision that shouts potential. While it maybe forgettable for some, it does stand tall as an entertaining piece of low-budget hack-n-slash.