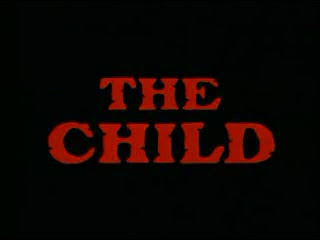 Zombies? Hardly. Yet, The Child boasts a story of an eleven year-old girl who is not as innocent as she appears and can control an army of shambling men.

Let's just see about that.

Alicianne is the new house-keeper who's hired to look after 11-year-old Rosalie in her family's remote and gloomy house. Unknown to her (and the other adults around the place), Rosalie has the ability to wake the dead from a nearby cemetery to take revenge on those she deems responsible for her mother's death. One by one, the undead ghouls (if that's what you wanna call them...) systematically murders whoever their master sics at them. When Alicianne is all that's left, can she go toe to toe against an army of killer mudmen? 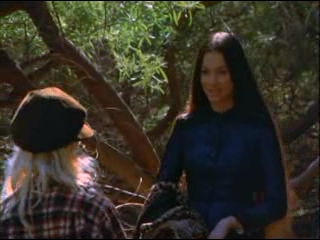 Exploitative yet really dull, only the hardcore among hardcore horror lovers would pant like a dog in heat for this title. As for me, I hardly see any reason to go giddy for this.

While the gore effects are good ( sorta reminds you of those silly grindhouse splatter movies with those cheap effects) The Child lacks and real atmosphere which really killed any chance for a good build-up for the murders or pretty much any scene at all. After an eerie opening, it all goes to mediocrity as bad acting, cheap effects and editing, and some really boring kills gets piled up scene after scene, which makes it's ending credits the only good thing for me to see in this timewaster.

Low budget horror at its worse and all too predictable. Unless you're collecting zombie flicks, retro-stuff, or just something to trash, maybe you could help me dispose of this shit-hole from my collection...

bodycount:
1 kitten offered to zombies, killed
1 dog killed offscreen
1 elderly female had half of her face torn off
1 male shot on the chest with a shotgun
1 male found with missing eye
1 male mauled by zombies, head peeled open
1 girl axed on the head
total: 7
Posted by Kaijinu at 7:11 PM