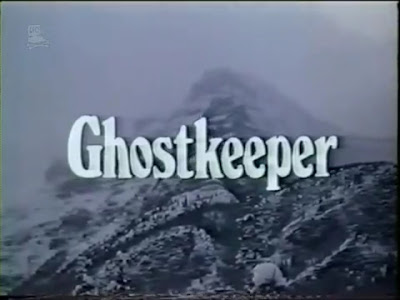 Celebrating ahead New Year's Eve, three friends snowboarding to the high point of a snowy mountain get their fun cut short when their snowmobiles run low on fuel whilst in the middle of nowhere and with a snow storm fast approaching. Luckily, they find an inn nearby for shelter and while it appears the place is mostly isolated, a mysterious woman soon appears to them at night fall, claiming to have been living there with her two (unseen) sons. 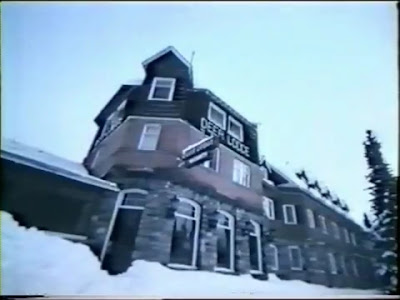 At first, the woman just behaves weirdly and aloft around them which they chock up as senility, but when one of them disappears, their snowmobiles turn up sabotaged and a chainsaw wielding man nearly killed one of them, it's more than clear they're in a heap of trouble a may not make it out alive the longer they stay. To add to their misfortunes, there's also something lurking inside a freezer. Something large and very hungry... 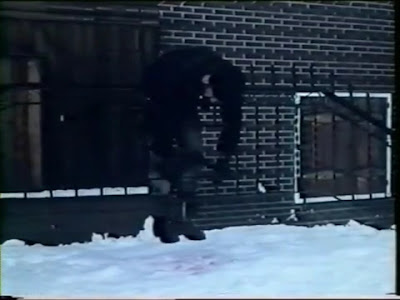 To begin with, I applaud Ghostkeeper's creepy atmosphere and downbeat eeriness that seem to fit its snowy premise. The film features enough chilling scenes, wispy soundtrack and slow-burn direction to help ground the movie's moody and cryptic atmosphere despite the tiny presence of cheese, though some of this perplexity were also the result of the production's troublesome budget constraints.

With money running short halfway through filming, director Jim Makichuk wrote the many of the later scenes on a day to day basis, resulting to a movie that follows the slasher formula a bit waveringly as it juggles the legend of the Wendigo (spelled "Windigo" here for some reason), a Native-American folk creature that possesses people and giving them cannibalistic hunger, with the psychological horror of a possible case of cabin fever. This leaves us with a jaded climax that had the survivors splitting up, one to face the harsh winter in a maddened state while the other fends off the titular ghostkeeper and the being inside the inn. For better or worse, I will at least say that the near-incomprehensible finale gave Ghostkeeper that unique look, though one can always wonder what the film would have been like should the Windigo was used in its full extent and not remained mostly hidden behind plain imposing shots. 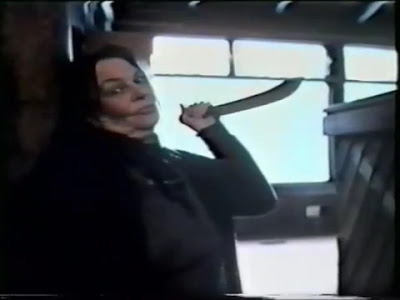 Not an completely bad movie, Ghostkeeper is a watchable ambitious work, though it is prone to make some viewers lose interest halfway through either due to the slow burn or how weird it'll become. I guess some patience is required, as well as an openness for the strange, so I can't really recommend this title to just about anyone. But if one think they can make this work, then by all means go on and make a grab for a copy!