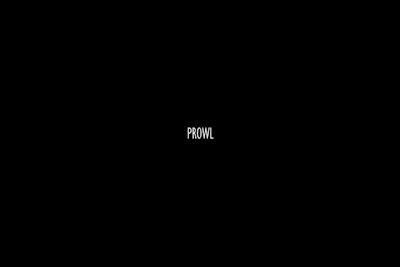 This is why I normally don't trust Wikipedia when it comes to Slasher film hunting; one or two new upcoming titles often gets misplaced and labeled as a slasher, which I fell for constantly back when I am rekindling my love for the sub-genre.

So when I too a gander on this title and read the plot, I was skeptical but it looked like a good change to your typical teen-kill so I hunted a copy and crossed my fingers. To be fair, this After Dark Film entry does serves some nice splashes of red but could this entry be our first "vampire-slasher"?

All Amber ever wanted was to escape her life in a small town and pursues, along with her friends, a better life in the big city. But haunted by dreams and visions of bloody bodies and packs of human figures on the prowl. Could this be a warning of an ominous fate ahead or just a case of the crazies? Thinking enough is enough, Amber and her friends took on a road trip to her apartment in Chicago which she plans to buy with a deposit, before another tenant gets it.

Halfway from the town, their car breaks down, forcing Amber and her friends patiently wait for a good soul to give them a lift and by the luck, a truck stops and offers them a ride. It was all good at first, but when the driver refuses to stop and they discover a cargo of human blood in cartons, they realize that all's not well. Things go for the worse when the truck disgorges them into an abandoned warehouse where a pack of blood-thirsty vampires await for them, hunting them for not only food, but sport...

Slasher movies featuring monsters aren't an unusual sight to see especially with Pumpkinhead coming up to mind, as well as Stephen King's Silver Bullet (werewolf), Time Walker (mummy) and even The Lamp (magical djinn). So far, nobody had tried doing a vampire-slasher and unfortunately for this reviewer, Prowl is not the title that will change all that.

That being said, while the vampires here not just eat their prey but also allow them to run around and fight back to make their "hunt" more challenging, the idea was great but the execution for it is disappointing otherwise.

Technically, for starters, the story took too long before the mayhem starts, spending tedious amount of drama which doesn't work too well for me. I've seen these theatrics before, it's all the same for me, so why do I wanted to see another emo situation where they barely show any clues to why she wanted to leave in the first place?

Another problem was the massacre, which was messy but happened too fast that it thins down to two so quickly and there's barely anything to do left but run and hide from the vampires. That was a bad direction for me and it kinda ruined the film at some point as the anticipation built from all that waiting is wasted on a couple of girls playing hide-and-not-die with vampires.

The only thing that I find with worth was that it's at least covered the mood and eeriness of the hunt quite well. Far from bad but not really over-the-top and easily forgettable. If only they had a better execution for all of this I would had rated it higher, but as far as low-budget splatter films go, at least this one made a decent, if not good, effort.