Slasher masks of the week vol6 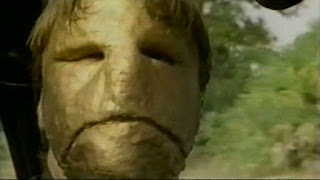 Truth Or dare? A Critical Madness (1986)
If there's anything to say about Mike Strauber's mask, it's that it's silly, and dull, and a bit desperate. Nuff said. At least the movie's worth watching if you're down with a fever... 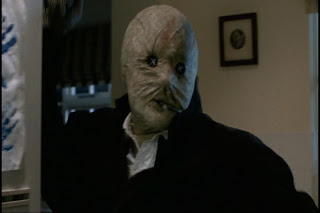 Nightbreed (1990)
I'm a little confused about this movie, since it moves from slasher to fantasy then slasher again and then some sort of Lord of The Rings style-epic film. At least Dr. Decker knows what he wants to be, a masked slasher, and a creepy one at that! 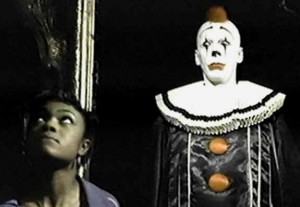 Clown At Midnight (1999)
Everything about this try-hard teen kill is dull. I mean look at that clown! I've seen scarier clowns than that! A tragic fail of stage act proportions! 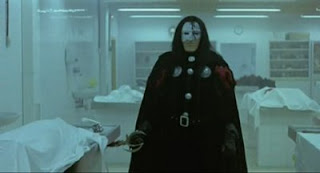 Tuno Negro (2001)
Kinda an okay flick, and the monstrel get-up is really new, but I could have settled with something less showy. Not bad, though. 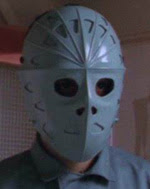 Bloody Murder (2000)
I got a friend in Deviantart who's in-love with this flick. I have mixed feelings about it, especially with its loonie "Trevor Moorhouse"...I think there's a reason why killers have names like "Jedediah" or "Craig"...

any way the mask...wasn't that the same mask "Bleeder" wore in "Alone in the Dark"?