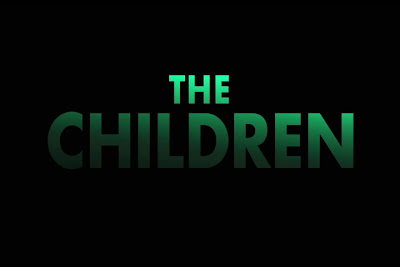 A holiday weekend brings two families together for some quality time in a picturesque snowbound countryside cottage, although, one of the tykes appears to have caught what resembles a flu later that night, something that soon escalates to somethings worse when he starts to act strangely. And violently.

When the child's violent behavior starts to "spread" along the rest of the younger members, it all reaches pandemonium when an "accident" led to one adult severely injured. It soon became clear that the children have gone homicidal from an unknown cause and the adults must now decide their own survival, whether to kill or be killed.

Killer kiddies are not entirely new to the horror and thriller genre, not with all those "Children of the Corn" films Dimension keep crapping out, as well as smaller titles like Bloody Birthday (1981) and Mikey (1992). But none of them got the raw power and chilling atmosphere provided by The Children (2008) as it starts brooding the mood the moment the families get settled in and it was only a matter of time (and a test of patience of the viewers) before the gooey red stuff starts.

I have to admit that this movie caught me off-guard to how shocking it is than what I had in mind; while most killer kid titles barely have the dangerous tykes draw blood from their own, The Children (2008) sports violence not only towards the adults but also against the children. Note these aren't short 13 year olds or teenagers, but kids around ages 10 or lower killing off their mumsies and dadas as if it was playtime, or being killed off in a rather brutal fashion. It's disturbing, alright, and I like it!

The film avoids the usual horror tropes that put these characters into doing dumb and unrealistic things or just degrading them into simpletons who would likely walk into a burning house just to fetch some leftover toast. If there are any such tropes in the story, it's likely from the psychological trauma these anxious adults are put into since, no matter how desensitized they are forced to be in hopes of surviving their children's assaults, the very matter that these are their kids makes it hard to pull them away even if they start killing people.

The only big mystery here is the nature of the children's "infection". It's hinted someplace in the film that a virus spreading may have caused all of this, and one scene even has us looking at a growing bacteria hinting a possible answer. The ending did gave us a few stones turned, but it also left us with another ambiguous and a more chilling question. Something about it spreading to someone...older?

Ironically taking place in Christmas, the holiday where little brats usually have their way, this wildly entertaining chiller and perversion of a happy holiday gatherings is everything of a horror must-see! It's clever, well-acted and beautifully shot, this fresh take on a familiar story may just put the fear of unpredictable child's play on you!