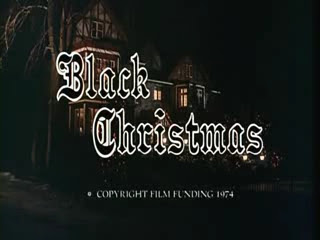 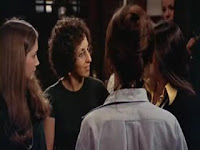 During a Christmas party late into the night, to a lonesome sorority house's open attic window, climbs a heavy breathing man. The sorority sisters inside are unaware of the intrusion but did got their party cut off for a moment when fellow sister Jess Bradford receives an obscene phone call from a recurrent caller they dubbed as "the moaner". After a series of unusual noises and incoherent phrases, another sister, Barbara Coard, jokingly provokes the caller, apparently angering him into threatening them before hanging up.

Another sister, Clare Harrison, is offended by Barb's action and goes upstairs to finish packing for her trip home, only to stop for a moment as she's lured into the attic and be killed by the intruder. He then places her dead body in a rocking chair and begins singing to it. 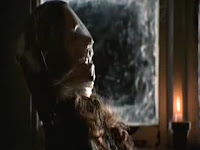 The next day, Mr. Harrison arrives to take Clare home for the holidays, but finds her missing from an agreed-upon location. All the while, Jess meet up with her boyfriend, Peter Smythe, and informs him that she is pregnant and wanted an abortion. This upset him but wishes to discuss the situation with her much later.

When Mr. Harrison and sorority sisters Barb and Phyllis Carlson find out about Clare's sudden disappearance, they arrived at the police station to file a missing person's report but was easily dismissed, claiming that she's probably hiding with a lover. Jess informs Clare's boyfriend, Peter Smythe, about his lover's disappearance and police refusing to cooperate, prompting them to rush back to the station and urge Lt. Kenneth Fuller to do an investigation, only for the group to find out that a local mother is also reporting her daughter missing as well. This forces the station into forming a search party later that evening, with Mr. Harrison, Chris, and the sorority sisters joining in hopes of finding the girl and Clare. 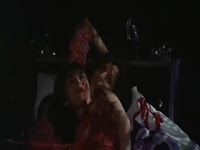 As all of this go about, the killer starts to pick off the residents of the sorority house one by one, as well as leaving more obscene messages to the girls.As the calls continue to come in and more of the girls getting murdered, it's only a matter of time before Jess finds out where the killer is really hiding, and it may be too late to save her then...

Debated as "the first true slasher film" (a statement that barely influenced me), Black Christmas taps into the inner fear of an unseen threat with almost every murder done offscreen or with a cut-away before the actual "execution" take place and the killer's reduced to POV shots, hands, shadows and, the creepiest of it all, a peeping eye. It's almost synonymous to the unknown, with very little details placed surrounding the killer and his reasons for the murders, as well as that he can just about be anybody. For short, he's "less" of a human than most killers nowadays, if you catch my drift; less that he's almost physically absent, but his presence is felt all through out and the uneasiness this presence comes very brooding as we know he's in the sorority house. 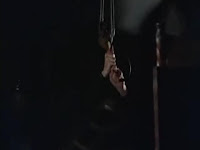 The plot's simplistic and relies heavily on mood and atmosphere in exchange of gore and explicit nudity; the winter holiday set-up is indeed a clever choice, matching the film's icy situation as nearly empty streets and isolated houses make a great excuse to startle and disturb. It's the holidays and a murder during these festive times is indeed a big shock for just about anyone, especially for a parent, which this film have not one, but two. 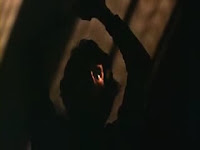 At times, it even let out a few comedic touches to even out the audiences for the upcoming terrors; I see this a very smart direction, something to hold us off that kept the scares and shocks fresh.

What this film differs from other proto-slashers is its cast; devoid of the standard stereotype, nearly every girl in the sorority house has a major flaw. Our lead heroine is pregnant and wanting an abortion, one is a heavy drinking loud mouth, and one is a chain-smoking house mother. And while most slashers stick to the stereotypes, Black Christmas took its time to let the characters warm to us albeit underdeveloped and, at times, underused. They're flawed but portrayed human enough, thus making them a bit easier to relate to. 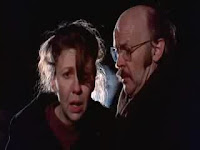 Over the years, the film arguably influenced a lot of slashers; John Carpenter's Halloween had a lot to owe this film as both are about faceless ghouls invading homes. The influence of the obscene phone calls is made evident with the Psycho (1960)'s 1983 sequel, Dario Argento's The Stendhal Syndrome and the When a Stranger Calls movies. And then there's the rarely mentioned cliche of having a killer hide in closed spaces, such as The Mutilator (1985), Intruder (1989), House in Sorority Row (1983), The Slumber Party Massacre (1982) and even a few scenes from SAW (2003). Future "Sorority horrors" sadly lost the same creep factor this film delivered as they decided to dwell on cheese and drama instead; Cutting Class (1989) (even though I love this movie) and Splatter University (1984) had none of the same creepiness as watching a dead girl's asphyxiated body rock back and forth in front of the camera, or listening to a disfigured voice that sounded like Exorcist (1973) Linda Blair on steroids.
I'll tell you this, if only Bob Clark was able to keep his flame, he should have done more horror flicks when it was still fresh. Now? We have to sit through shit like Baby Geniuses (1999) and Karate Dog (2004). So, if you got a kick for horrid holidays, then this film is just for you! If Black Christmas doesn't make your skin crawl...it's on too tight!