Believe in Cheers or Else: Christmas Evil (1980) 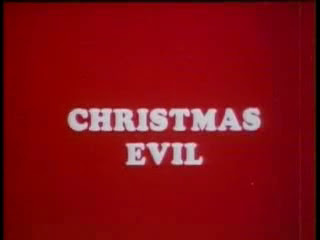 
A night in 1947, a night in New Jersey,
Santa came to town and everything should be jolly.
But little Harry will learn, not everything is gleam,
A Christmas Eve gone wrong, a trauma he will redeem... 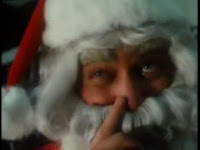 Unable to cope from being disillusioned that one night he caught his mom getting groped by Santa Claus (really his dad),  Harry has disillusioned himself to be the next true Santa in his adulthood. Staying true to his goal, his home's resplendent with Christmas toys and décors, spies on neighborhood children to see if they have been "bad" or "good" and works at the Jolly Dreams toy factory as a promoted supervisor, a job he is willing to trade back for an assembling line.

Things start to flow horribly for Harry as one night as he peeps into the window of a local bar and sees a coworker having a drunken good time after he phoning Harry earlier at work for a sick leave. Frustrated by this, he rushes home and breaks a few toys while humming Christmas themes and phones his younger brother Phil (Jeffrey DeMunn) in the next morning to decline his invitation for a Thanksgiving dinner just to watch Santa on TV. 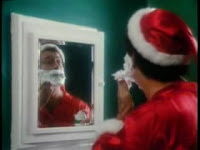 When the Company Christmas party is in full swing, Harry watches the owner of Jolly Dreams making a televised announcement that, if production increases sufficiently, the company will be able to donate toys to the disadvantaged children at Willowy Springs State Hospital. Since nobody liked him and nobody ever will, Harry finally crumbles into dementia and has convinced himself as the one true Santa, destined to bring joy to all the good boys and girls. 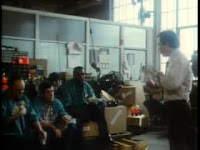 Down in his basement workshop, he begins smelting toy soldiers and small axes. Alone after-hours, Harry steals the Company toys, wraps them, loads them into his van and, in a rather lighter scene, gives them to the hospital his work plans to deliver them. Overjoyed with his success, he drops by to a church later and after arguing with a group of young mass-goers, murders them with a toy soldier and a dinky axe before fleeing into a Christmas party where he enjoys the company of good people and, once again, brought him back into his delusional state as Santa. 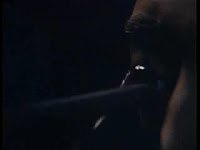 Later, Harry manages to invaded two homes; first, his brother's where he delivers both his own hand-made toys and the stolen ones after destroying the presents already fashioned under their tree. The second being the home of the coworker who lied about his sickness, who he murders after delivering the presents.

Christmas morning comes and Phil begins to suspect something is seriously wrong with his brother. A full search mission is also getting held at the local police stations, questioning every Santa they round-up in the streets. All the while, at the closed warehouse, Harry begins breaking even more toys in a fit of rage over all the things he had done that caused quite a stir in the previous evening. Eventually finding himself pursued by an angry mob who recognizes him as the homicidal Santa, he manages to shake them all off and arrive at his brother's house. 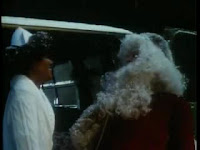 Phil now realizes that his brother was the homicidal Santa heard on the news and proceeds to strangle him unconscious. As he's loaded into the front seat of the van, Harry awakens and beats Phil unconscious back and drive away again, into an incoming mob which forces him off a bridge; a crash is heard, Phil goes after him and topples down the bridge where, in a last verge of insanity before his death, Harry pictures himself flying to the moon, while chanting the lines:

But I heard him exclaim, ere he drove out of sight-


Happy Christmas to all, and to all a good night.

I saw this film by accident, with zero expectations despite all the bashings this film had but, to my surprise, Christmas got a little early that year for me.

It sincerely blew my mind away; yeah it's slow and very tedious, but that's because it took it's time to flesh out the characters before the grand finale, a trait that I will admit may come off as annoying and disappointing to those expecting a full-blown slasher film. Yes, it has murders, five of them actually and pretty good ones, but it's more about Harry's descent into madness. More in the vein of time-bomb slashers like "Don't Go In he House" (another fave title of mine) and Christmas Evil handed us a few cheesy but believably unnerving script, a drama disguised as a hack and slash flick. 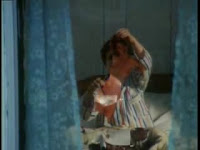 Unlike most of the Holiday Slashers of its kind, Christmas Evil provided more warmth and forgiving nature that is missing from the rest. Our supposed villain, Harry, didn't really fit the typical murderous slasher figure as despite his unhinged child-like judgment, there is a giving and loving nature clashing greatly with his emotional state which jumps him back and forth from being a killer to a forgiver and vice-versa. His goal to be a cherished figure  makes you feel bad for the poor guy in these years where the Holiday is mostly losing its true context and nature, commercialized in every way and hardly taken seriously. Personally, you can't help but think he may have a point for all of the troubles he went through. 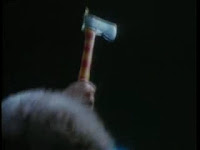 Staying true to it's slasher nature, however, is some of this film's cheesier moments, providing a few intentional or unintentional laughs, like Harry, staying close to his new Santa Claus persona, trying to dive down a chimney only to get stuck and, in tribute to classic hammer films, him getting chased by a mob with flaming torches ala Frankenstein, a scene as silly as it is sort of symbolic on how the mob saw him a monster, despite his good intentions. 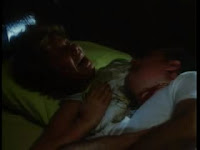 While it's not for everyone, Christmas Evil becomes a cult classic over the years and an unsung indie film triumph, whether as a slasher film or not, it's a quick tap on the back to remind us what the holiday is really all about. Presents come and go and so does holiday breaks, but should happiness and innocence go away from both child and child-like, then what is left for Christmas to offer? A "slasher" with a Christmas message, Christmas Evil deserves second look from both fans and haters, for tis' the Holidays had come and ole Santa Claus is coming to town~! 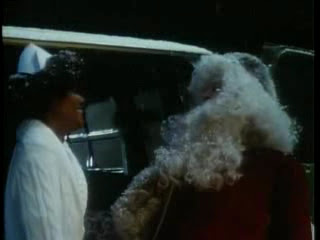