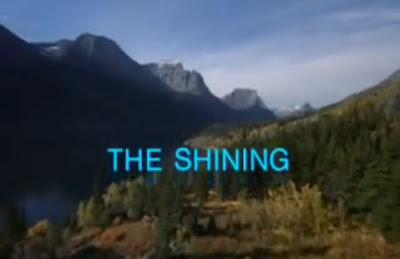 Cabin Fever never looked so clean and sounded so quiet, until the fall of the axe and the screams of the doomed.

Hoping to get some peace and quiet while he works on his new novel. Jack Torrance (Jack Nicholson) accepts the caretaker position for the infamous Overlook Hotel despite the manager sharing to him what happened to the previous caretaker, who went crazy and killed plenty before committing suicide.

Joining him for the job is his wife Wendy and his son Danny, touring the hotel with their guide and chef Dick Hallorann (Scatman Crothers) who then realizes that Danny has the ability to see things and talk telepathically. Hallorann calls the gift the "Shining" and tells Danny that though the hotel itself can "shine" its darkest events, it is rather harmless and that if there is anything to be afraid of in the hotel, the boy can shine Hallorann for help.

However, what any of them didn't expect is Jack's descent to madness as both cabin fever and the dark supernatural influence of the hotel itself begin to take over his sanity. In any time now, he will snap and his family have no choice but to try and survive.

There's very little words to express the beauty of this film; it's both a feast for the eyes and the mind, boasting stunning cinematography with simple yet very brooding images that foreshadows a lot of upcoming nightmares. The single car in the opening sequence can be seen as a man alone in the untamed world, later to be driven insane enough to murder. The labyrinth? See it as the confused line between the sane and the insane. The Overlook hotel itself is also a nice backdrop on the film's theme of isolation; every part of the hotel work perfectly in bringing out paranoia and gloom.

It's a thinking man's horror, with its subtext of true horror lying not in viscera or jumps, but in its unsettling mood, uncertainties over answers, and realism despite the impossible. Jack's cabin fever, for example, can happen with or without the aid of the supernatural and Nicholson's performance (and ad-libbing) gave his character more of a fearsome and unsettling nature. Even after so many times it is spoofed, the "Here's Johnnie!" line still looks disturbing when put into context that this is coming from a man we all see gone axe-crazy.

Shelley Duvall's performance as Wendy, the passive wife, also comes off as very believable with her frightened yet concerned looks showing both her vulnerability and care still despite the stressing changes going on with her family. Duvall paid no attention to how her character appears or how "little" her role might be, but instead she kept it real. A realistic fear for a near-realistic situation. Danny, played by young (and ironically named) Danny Lyod, also come off very natural as the young, frightened and presumably dual-personality stricken boy whose trauma from an abuse left him scared and scarred. A memorable performance despite this being his debut.

Interestingly enough, the film's influenced by giallos and slashers despite being a supernatural thriller. Kubrick's direction mixes the sensibilities and build of a psychological thriller, the scares and imagery of supernatural horror and a climax that's pure slasher/giallo, complete with a brutal axe murder and a chilling chase scene around a snowbound hedge maze. 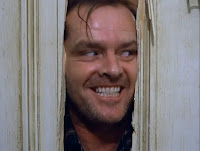 It's a different kind of horror, a horror that reaches out to us, rather than us reaching to it. The Shining has something for everyone, no matter what genre we're used to. It's fear for the sake of fear and scares for the sake of scares. A must-worship.