It's the Holidays again! And so, that means we must dish out the masked slashers for this week's meat.This time around, I'll be looking around some Holiday themed killers who dished out the weird and the good, and the bad Christmas disguises. 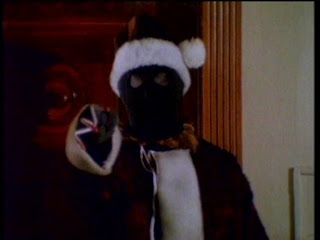 Santa Claws
Oh dear, a ski mask and a Santa hat? Dude, you planning to scare us or fare us? 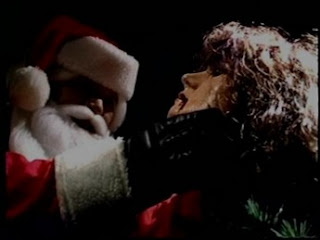 Satan Claus
okay, so we got a guy wearing a full get up with a Santa mask. I guess it's okay.
...nah, too clean and cheap. 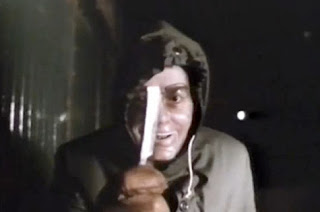 Don't Open Till Chrstmas
Reminds me of that mask used in Sledgehammer, but at least he looked unique.
Considering he's slashing down the Santa population, guess he could do something easier. good choice. 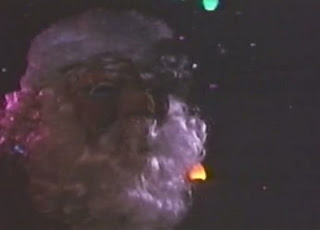 To all a Goodnight
For a Christmas slasher that don't do a lot of Christmas, this guy couldn't made it more clearer
how uninterested he is for the Holidays. Cheap, boring mask with suit. NEXT! 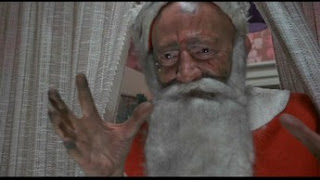 And All Through the Night (1972)
a dirtied Santa suit and beard would had looked great, but why does the killer looked so scrawny?
Not working. 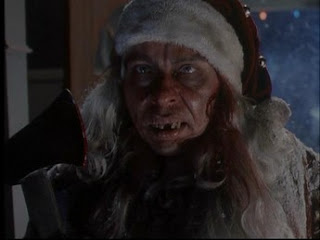 And All Through the House (1989)
Now that's a killer Santa! Messed up from twinkle hat to toes, he new amped up Psycho Santa scored a nice
bum look that goes well with his psychosis. Good Job, Zemeckis! 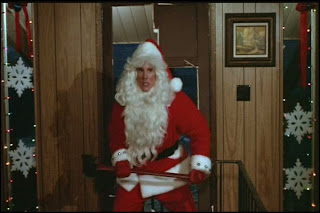 Silent Night, Deadly Night
Billy got around his fear of Santa by BEING Santa. Well, his own version of Santa, that is.
Simple get up with a beard, at least he's working it. 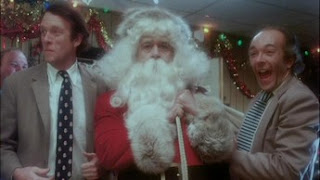 You Better Watch Out/ Christmas Evil
Now this is perhaps one coolest Killer Santa get-up for the fact that
he really got into the detail, which includes his glued on beard and mustache,
home made suit and some nasty soldered toys! Great~!
Posted by Kaijinu at 2:30 PM

Email ThisBlogThis!Share to TwitterShare to FacebookShare to Pinterest
Labels: masked slasher, Random Stuff, slasher masks of the week, The Holidays