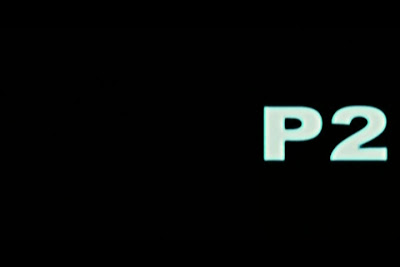 Written by Alexandre Aja and directed by Franck Khalfoun, AKA the actor who played the gas stop guy who got a fire axe swung into his gullet in Aja's Haute Tension (2003). So that's two guys from the cult fave modern French Extreme, making a movie about a business woman trapped in a building parking garage during Christmas Eve and getting harassed by a lonesome security guard with a murderous psyche.

Looking at it, P2 has a very thin plot and a direct approach to match as the movie's basically just one long stalk-and-slash scene between Rachel Nichols' working woman character and Wes Bentley's (Dolan's Cadillac) love-struck psycho. There are some good kills along the way (which I'm thankful for their simplicity yet brutal nature in a year where torture porn's a big cash hype. I'm happy this one steps back a bit and just be gorily thrilling without the need of being nauseatingly torturous) and, for a movie that takes place inside a parking lot, it boasts a production value that looks impressively stunning and well lit.

The only problem I see here is that, for a thriller-horror that only centers on two main character, they're very one-dimensional. Bentley's hinted to have some sort of mental issues stemming from his past but it's never explored, leaving it more of a foot note to basically another sociopath turned psychopath. Same goes for Nichols' role which doesn't have the same impact as any of the final girls in slasher films or thrillers; she's basically just a woman who wants to go home for the holidays, but is held in against her own will. In other words: they're paperthin. 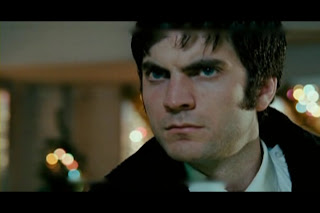 Still, with a nice pacing and an intense direction, I find it hard to reason why this film is so underrated. It's thrilling for the sake of thrill, and, by that, I call it a fair shot because it's honest to what it wants to be. P2's nowhere a cinematic masterpiece, but it's worth a look.

Bodycount:
1 male repeatedly smashed against the wall with car
1 male found dead
1 dog stabbed and impaled with crowbar
1 male handcuffed to a leaking car and set ablaze
Total: 4
Posted by Kaijinu at 7:21 PM