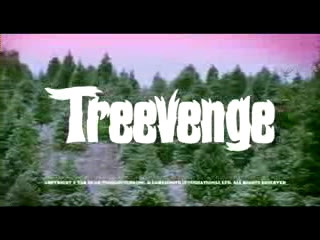 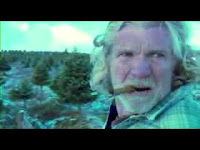 Tis the holidays again and here in StickyRed, I'm a little tired of the family friendly program we get on TV everytime Christmas' getting a day closer and closer. But just because everybody else is celebrating the Holidays with cheers doesn't mean we can't celebrate it with fears! And I just got the stuff. The Red stuff that is~! 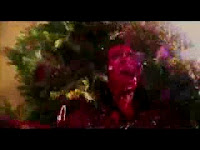 Again, thanks to Maynard Morrisey's Horror Movie Diary where I saw this little nasty in his list and read about it; tis' the season to be Jolly once again for us humans and this year, another line of pine trees get chopped down by, what I'm sure are, mentally-challenged lumberjacks who does tree-chopping maybe a little off the chart. A few trees were lucky to be alive as the rest of their fallen comrades suffer the fate of saw mills and bonfires.


Soon, however, they discover the true horror of their survival as they get "mistreated" as Christmas trees. But this year, the trees aren't sitting... standing... planted... this one down. As Christmas day comes, so does their revolution. And the bloodshed. 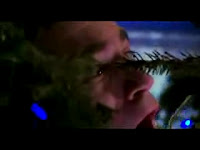 What I like about Treevenge is that it's simple, funny and a little unnerving at the same time. Brought to us by the geniuses who made one of my favorite splatter-action "Hobo With A Shotgun", which I URGE for you to find and watch, this little number of nature fights back is every vegan and tree-hugger's dream...or nightmare, depending on how they take it. 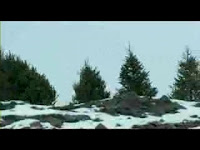 It doesn't hold back on anything, from making us feel sorry (and chuckle a bit) on the pathetic attempts of our tree-brothers to free themselves from their doom as decors, to the slash-happy "treevolution" that does away what every humans has done to them, now done to us without mercy, complete with the most shocking, splattery, blood-doused murders that nods and winks to some classic splatter films like Evil Dead and Lucio Fulci's Zombie, where everyone's a victim, and the "save the children" gig is shit. It's like watching a revenge flick, a 70s/80s slasher movie, a splatter-comedy and an art-house exploitation, all four sub-genres rolled in one short, yet very satisfying package.

Least now we know what do trees really felt about this great holiday of ours, and now we know they'll be stomping on our heads in the near bleak future, but that doesn't mean it can't be this fun for us to watch! Camp, shock and gore rolled into one, what more could you ask for this Christmas?! Just keep it AWAY from yer loved ones. Baby scene might offend...