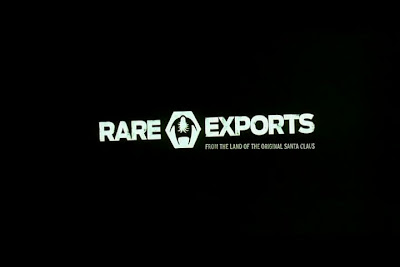 I was expecting very little from this film, very little indeed. In fact, just by reading the video blurb on the back, I wasn't expecting a lot. I mean, they captured Santa, like a wild bear; intriguing? a little, but is it new? Could be. Killer Santas are not entire new to the slasher genre; one or two holiday themed films of that genre would normally have the jolly fat man as our killer. But when another genre tries to tackle the Killer Santa trope, I listen and I watch. 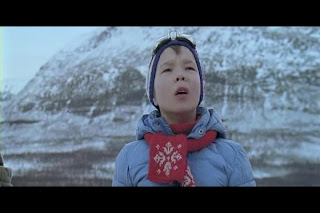 A seismological research team began drilling for something one Christmas Eve in a snowy mountains of Finland. The more they continue digging, the more trouble began stirring in a small village nearby. Reindeers are found dead, footprints in the snow; the blame goes to wolves at first, as well as the continuous bombings that may have been troubling the animals, but that notion changed the next day when they found an old man impaled to one of their traps.

Thought to be dead, the man suddenly sprang to life and began behaving like a cornered beast. He seems to had taken attention to children and gingerbread cookies. The adults are left baffled, but one particular boy knows what is going on: Santa's coming to town... 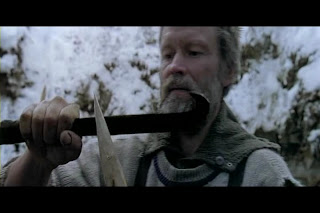 The main problem about Rare Exports that I see hindering me from giving it a perfect five, is that it's confused about whether it should be a monster flick or a slasher. It's "creature" is too human to be a monster (complete with full frontal male nudity), and it did too little killing to be a slasher, despite seen to be capable of wielding weapons like hoes and pickaxes. There's a twist around the middle that got the whole cast in a tighter situation and a bit of a disappointment to us since we didn't even see the main baddie in his full glory (spoiler alert). No, those looking for your standard axe-wielding killer Santas need to shy away from this one, unless you're willing to go to wider concepts. 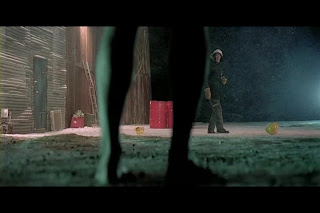 But while indeed confused, in a macabre sense, it is a Christmas family movie of the darker kind to begin with. It's nowhere anything deep and thought-provoking, made purely just to entertain us with a clever story that's not seen anywhere else, while giving us the usual family film tropes like a disbelieved child, some fantasy elements and a moral lesson about "responsibility" (yeah, it got that, too). There's a few drama between our young hero, Pietari Kontio and his father, dealing with the fact that they had lost someone beloved sometime ago that brought some tender moments between the two (especially one heart-aching family "dinner" with the two barely saying anything). Being a family man, it's a tough thing to see, and you can't help feel for them.

After a while, the rest of the movie juggles around with a black comedy aura around the fact that they had captured "Santa", dealing with the fact that he's not the "Coca-Cola" fat guy everyone's expecting to be, "taming" Father Christmas and their exploits on their rare find. 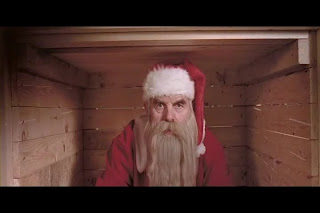 Those who had seen the shorts this film was based on would expect a thing or two from the ending; in fact, the title alone does it. All in all, Rare Exports is a simple yet clever take on the Killer Santa trope that was popularized by the slasher genre, taking on a new wing (or a curve ball) for the usual holiday schlocks that's certified to be cult classic material.