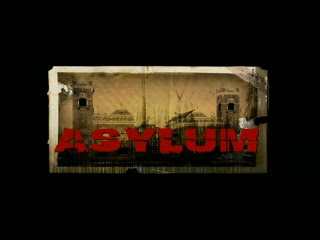 From the director of the cheese-tainted action thriller movie Snakes on A Plane (2006) and two Final Destination entries David R. Ellis, comes this relatively simple supernatural slasher about some teens, an asylum and a wisecracking killer who uses fear as a tool. And no, this isn't a remake of A Nightmare on Elm Street 3: Dream Warriors (1987).

Traumatized as a child after seeing her father off himself, only to relive the horrors when her brother commits an apparent suicide some years later, Madison (Sarah Roemer) harbors these tragedies to herself as much as possible while finding the closure she desperately needs to move on, going as far as attending the same college her brother was at. The matter eventually takes an odd turn when she, along with a few other freshmen, finds out that the dorm they'll be staying at was once an asylum headed by an infamous doctor who tortured and murdered his patients as a part of his studies.

Curiosity soon gets the better of these kids and it isn't long before they find a restricted area at the dorm which, upon entering, awakens the maddened spirit of the doctor, now armed with weaponized surgical picks and enough cheesy energy to rise up as your classy knock-off Freddy Krueger-type.

On a technical sense, this is a concerningly cheap movie, so much so that there's hardly any other casts going on and about aside from the teens and a few adults, and not to mention said dorm looks suspiciously like a constructed set. It also doesn't help that the few CG effects this film can afford looks as bad as the ones from most made-for-TV SYFY movies but, despite all of these drawbacks, there's something quite admirable regarding the plot's straightforward cheekiness and bodycounting mayhem.

It’s conventional (harboring close to overdone) yet entertaining in a tongue-in-cheek manner with how all of the characters practically mock their own stereotypes and attempted seriousness, as well as the movie helping itself with some serviceable over-the-top violence (orbitoclasts sharp enough to decapitate, anyone?) and a killer - though not scary - that's just hilarious to look at with his S&M suit and his cheesy set-up on punishing victims before snuffing them out via fear treatment.

Asylum (2008) may have failed as a horror film but if we're going to count in its unintentional humor, it’s a fun pizza movie that you can definitely poke fun at while swimming in beer with your friends. Probably best rented, but if you happen to enjoy bad B-flicks, then this is a small keeper!