Nothing BUT The Ordinary Teenage Life: Detention (2012) 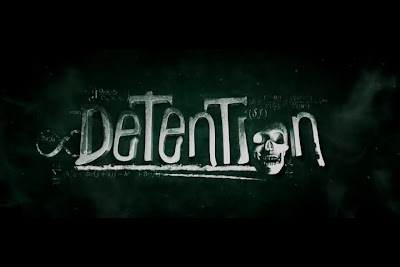 Seeing the film's director, Joseph Kahn, was once a music video helmer, it's no surprise for me that this film's completely out of focus and utterly chaotic; but as far as creativity goes, as well as providing laughs, Detention has its own set of ups and downs. 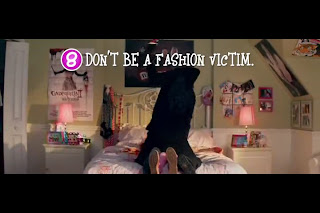 Okay, mutated jock and time machine aside, there's a not so ordinary case involving a loose psycho donning a mask similar to their slasher movie villainess, CinderHella. The killer already killed the most popular girl in school, so when our awkward, vegan, female lead gets too close to being victim number two (twice!), she finds herself targeted by a psycho with an axe. But with the principal and the police believing she's the killer, their only solution for her not to do anything equally suspicious, or stupid, is to put her in detention along with the rest of her fellow "witnesses".

Of course, that didn't work, but with the jock vomiting acid and the world ending due to a time vortex glitch coming from the past, all things are bound to go crazier!

Detention is a weird film from the opening credits to the twist ending; the first half wherein the slasher killings took place is probably the closest the movie gets as being an advertised slasher flick, but with each scene packed with things weird and unusual, and neither the cast or us are giving a bat's eye, it slowly gets out of hand and left us wondering how the whole film's gonna end. Frankly, it's as if the movie itself took on some magic mushrooms with speed (and I mean lots of speed!) and just gave us whatever random crap it thought up; if you ever had one of those trips, then yer not missing much!

The random nature of the film has both good and bad sides. For those who are expecting a horror comedy, or a straight slasher per se, you'll be partially disappointed; there's comedy, there's horror, there's a body count, but the net result is more teen comedy with a genre identity disorder, which is a first for my book. Luckily, despite its confused state, it's still odd enough to keep us glued and entertained.

In the end, I wouldn't be surprise if you find yourself asking "what the hell just happened here?" I did too and the closest answer I could give to you is this: Detention happened. And it was trippy! 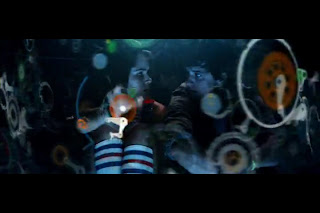