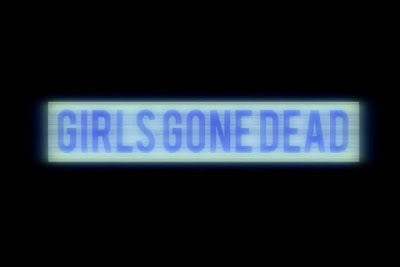 Waking up from a nightmare involving a night mass and the ceremonial disembowelment of a full frontal nude gal (to make a point that zealots hate sex), Rebecca prepares for Spring break with her five ex-cheerleader buds as they go to a rented house at the coastal town of Manatee Creek, Florida. This trip ain't easy for her since her mum's an over-religious nut who not only disapproves of her friends, but tries to bug her daughter into marrying a fellow goody-two-shoes. But as luck has it, Rebecca finds her way to worm into her mum's good side and was allowed to have her fun.

Now, the occasional all-girls partying aside, the six friends decided to go out later that night to a nearby tropical bar and meet up with four boys who claim to be a part of an ongoing shooting for a Topless DVD known as Crazy Girls Unlimited just down the road. After a few drinks, one of the girls got drunk enough to make out with a random fat dude, but ends up getting killed along with the hapless chunko with a medieval war hammer at the hands of a cherub-masked killer.

Morning comes and forgetting one of their friends hadn't returned yet, the girls find the local beach littered with old people as it was near a retirement village. Turned off by the sight of wrinkly folks, they were about to go to the house where the Crazy Girls video was being shot but decided to throw down their own party instead to make their Spring break more personal. This fortunately saves them from a murderous rampage when the mysterious cloaked and masked killer shows up to said video shooting and left a wake of murdered staffs and party goers. It's not too long before the psycho found their way to the girls, however, and all hell breaks loose.

A horror-comedy done with good measure, Girls Gone Dead has something special going for it. Not only does the production look real good for a low-budget B-flick (crisp and clear high definition, baby!), but the gore was done away with impressive practical effects and even packed a unique looking killer. It somehow captured some good late 80s/ pre-90s slasher flicks feel where all things are campy, cheap, and sleazy, all the while over-the-top gory that rings a few classic titles in mind such as the Carrie-like subplot of a zealous parent and the Slumber Party Massacre-style climax.

Personally speaking, it's really nothing more than any other slasher flicks out there; it suffers the same flaws most slashers are guilty of, leaning a lot to its predictability and the paint-by-colors cliches, but the efforts made and the good humor made this film a worthwhile watch. Girls Gone Dead stands out when it comes to easy entertainment and delivery, thus any true slasher fan can learn to appreciate this little number.