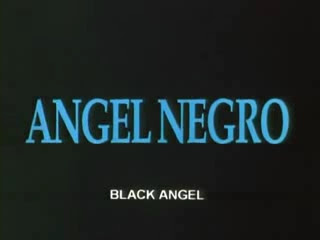 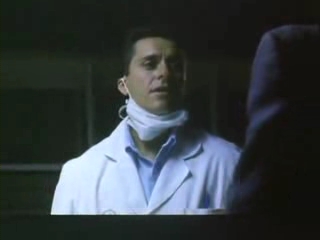 Now, I decided to give a turn for Chile's first slasher movie, which just so happen to be marketed under Troma releases. Guess I should have seen the terrible ratings from that fact alone but, oddly, this one's completely devoid of the usual Troma fare. It's not weird nor is it campy. In fact, it's very bleak and often gritty, but it just didn't cut enough body parts to keep me interested and the plot itself is all too generic.

Starting with a black and white recording ala found footage, Angel Negro chronicles a group of five's post-graduation celebration, where they decided to make-out near an oceanside cliff. But one thing led to another and it appears one of them, a sullen girl named Angel, falls to her death. Fast forward ten years later, Gabriel (who was the dead girl's lover) is still haunted by the events of that day and soon begins to notice his friends starting to turn up as corpses at the morgue he works at. Obviously, someone is killing in the name of Angel, someone who's suspiciously female, suspiciously angry and wearing a cheap white mask. 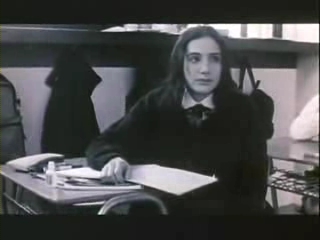 You may think you know the story and you're right; Angel Negro comes out under the Post-Scream (1996) boom, where teens are now optional victims and, more often, folks are trying to find a new way to mold their slasher kicks. But Chile apparently wanted to go back to doing the usual murder mystery angle like that of Scream or even the traditional Italian Giallo but sadly, it missed a lot of opportunities to make it any good. A lot.

First is the pacing; you got to hand it to Angel Negro to do the most sluggish pacing I've ever seen in a murder mystery. It's mostly talk; talks about the crime (and how sulky our lead is), how horrifying that fateful day was (which is really, horrifying. Depressing even! not) with barely any stalkings, or worse, notable killings! The kills are very uninspired, ranging from stabbings, garroting and ugh, two shootings, and with the film's low onscreen bodycount, it almost felt like they didn't really happen or will they matter which is odd because the killer is offing people who're guilty. Normally, I should be thrilled, but with lame kills come me being half-away awake and sitting on my own spit puddles.

Upsides for the movie would be the cool-looking killer, though the mask could use some more personality (political metaphor is not an excuse for making a killer wear such a lame mask) and the very gritty backstory involving Angel, which really builds up one's anticipation of a kill slaughter for those responsible. But as always, they had to ruin it with such formulaic rundown and very lame murders. 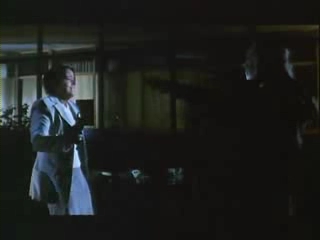 Guess it's trying to find some sort of recognition via release rights through Troma but that ain't foolin' anybody. Angel Negro is just too darn serious to be taken lightly, yet too plain to be considered as a slasher fan's must have or must watch. So, yeah, what else can I say.

(Kicks an Angel Negro DVD off a cliff*)

Bodycount:
1 female falls off a cliff
1 male seen with head wound
1 male found garroted with wire
1 male repeatedly knifed on the back
1 male stabbed with dagger
1 female shot
1 male shot, falls off a cliff
Total: 7
Posted by Kaijinu at 5:27 PM