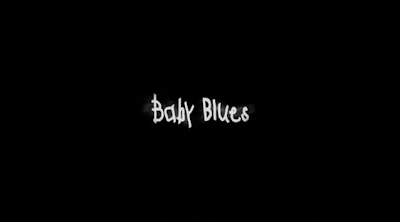 It's awfully common for slasher films to try and exploit the works of real-life killers; Psycho (1960) and The Texas Chainsaw Massacre (1974) were based on the skinning loonie Ed Gein, crime thriller Dirty Harry (1971) had a killer whose spree was based on the Zodiac killings of the 70s, even movies like Wolf Creek (2005) and The Strangers (2008) were based on more recent convicted killers and home invasion incidents. Baby Blues is one of the few entries to these simplified and exploited stories, though some may actually argue with me here for calling this title here a slasher film since it focuses on a rather different sets of victims. Normally I would say that, but since when did slasher films only required dumb teens as victims?

Taking inspiration from the infamous 2001 Andrea Yates case, wherein a mother suffering from post-partum depression drowned her children in a bathtub, Baby Blues takes the story and molded a rather intense and creepy tale about Jimmy, a young boy in his preteens and the eldest of four children, who begins to notice odd things about his mum. She seems always sad, frantic and very frightened about something, as if the apparent pressure of being a parent is starting to take a toll on her as her husband, a truck driver who just got home from a long trip, is about to leave again to deliver another cargo.

After their father leaves for the road, Jimmy is left in charge with his mum to look after the kids, but that one night just happens to be the time their mum finally snaps. After smashing a bowl during a rather hectic and loud dinner, she calmly walks to the bathroom with her crying baby and drowns him, with Jimmy horrifically finding out about the murder no soon later. Now with no other choice but to prepare for a long night of stalk-prey hunting between an insane mother and her children, Jimmy has to rely on his instinct and will to save what's left of his siblings.

With the killer's victims are primarily pre-teen, Baby Blues is definitely a slasher film of a different twist and high shock value, made more unsettling from the fact that the violence here is unrelenting, even if the young victims are done away without the camera focusing on them. There's a vicious mirror handle stabbing with the poor kid flailing around as they try to escape, and an incredibly intense scene taking place in a hay-filled barn with the mum, armed with a pitchfork, sticking it into each stack in hopes of hitting something that bleeds. These are usually the kind of kills that you would expect to be done through dumb, horny teenagers, but seeing them used against defenseless children just makes all of this that notorious.

Although, unlike most slasher films that wanders around in entertaining its audiences with gore and T&A in an gratuitious manner, Baby Blues focuses more as a survival thriller hybrid, with the kids trying to outwit and outrun their homicidal mother who really isn't evil, but rather reduced to a state of insanity that she can no longer comprehend what is wrong and right. So no sex, no dumb teens doing dumb teen things, just plain survival theatrics from a couple of kids and an animalistic prowling from dear old mum.

Acting was acceptable, but the film focused a whole lot on Colleen Porch as the mother and Ridge Canipe as Jimmy, so the others were kinda just there. (Not a big deal, actually, the shock value of this film was enough for me to overlook this) Direction is solid as it builds around first at the concerns the character Jimmy was having about his mother and how we're hinted that she maybe ain't all up there. But as the film progresses, the tension heightens and we're pushed to the edge of our seats trying to see if these tykes can really live through the night. It was an okay approach, a bit controversial if it wasn't for the film's direct to video released (imagine it going through the public theatres. Oh the fainting mothers with picking signs will be uncountable!), but the only thing that sort of ruined it was the anti-climatic ending.

It's chilling to think a movie like this would actually exist, but it certainly done its job as a horror film. Baby Blues is a rather small effort, but it's controversial plot and theme is worthy enough to be tried by any slasher fan out there who's tired of dumb teens and high camp value. 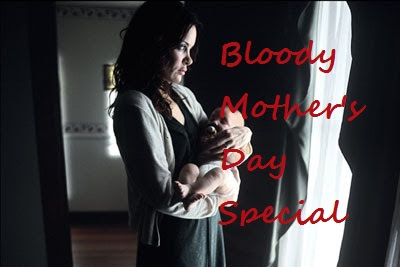