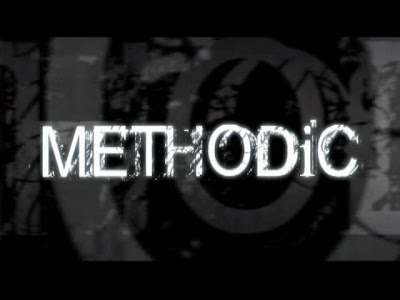 John Carpenter's Halloween had a lot to say when it comes to influences; pretty much every known slasher cliches and tropes came from this one movie. So when something similar comes, does it necessarily means a rip-off? Maybe. But then gain, maybe not.

I wouldn't really blame a lot of people for saying this is an actual rip-off of Carpenter's Halloween for there are some very distinguishing similarities: the film starts with yet again another traumatic past event, young Nicholas Matthews brutally murders his parents with a hammer for no apparent reason, same way Michael did with his sister. He was then sent to a sanitarium (as Michael did) and years passed with Nicholas uttering nothing (as Michael did).

His younger sister, Lana, decided to pay him a visit as an adult just to get some closure to why he murdered their parents. When Nicholas still refuses to talk, Lana tearfully left, unknown to her that her presence had provoked Nicholas' the murderous half once again (dubbed "The Dollman") leading him to kill his way out of the loonie bin and began stalking her. (Just like Michael did...)

What comes next were more Halloween similarities, such as Nicholas stalking his sister from the background (Micheal following Laurie and her friends) and killing a random house owner to get some clothes (Michael killing a trucker to get his suit), but as far as I can tell, these were the only elements of the film that appears to be taken out of Carpenter's classic. To be honest, I don't really mind all of these; I've seen a lot of described "Halloween rip-off" and while most do sucked, titles like He Knows You're Alone, Absurd, Final Exam and even Alien (which I consider a slasher film, mind you) had proved themselves really capable of entertaining us despite the copied elements. As far as ripping off go, Methodic definitely had its moments but otherwise the film was really trying its best to set itself apart and I'm a big sucker for effort.

What makes Methodic an enjoyable movie is it has a simplistic approach on the classic slasher story, with some good production (for a shot on video movie), fairly decent marketing, and some well-paced, interesting scenes and mythology played around for originality. The film was labeled as the first "Basher" film, taken out from the fact the the killer murders his victim by bludgeoning them. Kinda puts the old stabbers a rest for the moment and let the film explore on further ways of committing homicidal mayhem, which trails around classic beatings such as bat and hammer kills, to those that are a little more creative, like a frying pan kill and a brutal head pounding. Not a bad gimmick but I think it would had worked better if they had a couple of more moolah to spend and got some blood running for the slasher fans.

We got some good T&A action with a soft-core lesbian scene, very decent acting for some of the cast, though I'm noticing the lack of development for the film's female lead/s. Niki Rubin, who played the lead girl Lana, could have been more developed, but this cute lil' brunette only has a few screen time and most of the movie's focus was more on The Dollman's methodic existence before and during his killing spree.

Speaking of which, perhaps one of this film's bigger selling point would be it's Dollman character. I have to be frank, I do like the killer's simplistic design; I'm still trying to understand the symbolism of the red, jester-like smile The Dollman always puts on but the mythos behind him (as in what he really is) was enough to keep me intrigued to know more.

All I can say is that everyone who was involved with this movie gave a lot of heart on making it. And even though not all of its parts work, I have to give credit to director Chris R. Notarile (whose majority of his works are short fan films of everything geeky from slasher movies to DC super heroines) on managing to pull out a decent slasher film such as this at a modest budget. I hear talks about a reboot of this film in the future, could that be something to look out for? Maybe, I do would like to see if it's gonna be an improvement but for now, I can surely recommend Methodic to the curious, slasher film completists out there, at least just for a look or two.

A short film sequel to the underground cult movie, Methodic 1.5 follows the story of Mark, a parolee who's given a second chance in life with his wife and daughter, only to fall "infected" by the strange presence known only as The Dollman. Over a course of a week, Mark gradually degrades into a silent psychopath as The Dollman began to take over his life and his body, and it's not too long before history repeats itself and The Dollman would be free again to wreck havoc, one bludgeoning to the next...

For a fifteen minute short film, Methodic 1.5 got some interesting ideas going on as it introduced a new development on The Dollman's character, something I really wished to be explored further in future projects. In here, it appears that his evil's began to spread like a virus to various people around the world, noticably males of all sorts of ages. The concept of a viral entity that forces people to become slashers (or, as this franchise calls it, bashers) is really dib worthy and I would really like to see more from this plot point.

The short film managed to pack the story at a quick pace, perhaps, due to the film's short running time, a little too quick as it leaves open more questions just as it introduced new ideas to the Methodic mythology. I'm also gonna point out the lack of a proper massacre here, but a rampage is a rampage, even if the kills are a lot more bloodless compared to the feature. 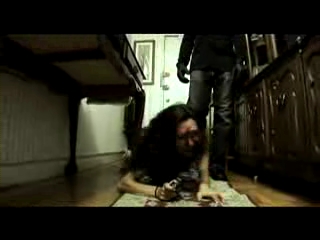 A good follow-up with good ideas but still lacking some impact. Worth a quick lookie-look!

Bodycount:
1 male thrown off down a flight of stairs
1 male beaten with sledgehammer
1 female beaten repeatedly against the door, stomped
1 male knifed on the gut
total: 4
Posted by Kaijinu at 6:12 PM