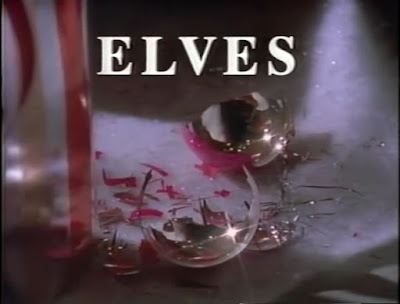 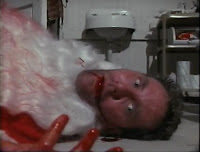 There are no "elves". Just AN elf. One stinkin' elf that does nothing but look menacingly at us with a frozen angwy face, being wiggled around by some "puppeteer" just to make it move. Could it get any worse? Well, considering this is just one thing that went wrong from the film, yes. Yes it did.

Kristen is a ordinary teenager who unwillingly resurrected an evil demon elf after cutting her hand and bleeding on a sacred ground during a supposed "anti-Christmas" ritual. As a joke. The elf continues to spy on Kristen and her estranged family, murdering some people and throwing Kristen in a strange situation where it turns out Nazis once concocted a plan to breed virgins with fallen angels, creating killer elves in the process. And now that she resurrected one, she's unfortunately part of the plan now. 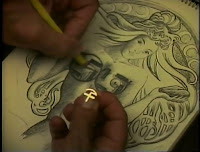 So we got a misleading title, demons being bred to hapless virgins to create the ultimate ubermensch, gun-totting Nazis and one unnecessary scene of implied animal cruelty. Yep, nothing says Christmas than these things! But is it even worthwhile for us horror fans?

Perhaps I'm looking at it wrong but this is utter bullcrap for me; it's cheap as cheese-covered cardboard cutouts being passed around as Doritos, monotonously paced, horribly acted, and is barely scary or gory. It's incredibly hammy with a lot of guys just talking about conspiracies that are too far-fetched to be even taken so seriously! I try to watch this film without any sense of seriousness but even at that mindset, the incredibly bad production of this film leaves nothing me! Not even a good laugh! 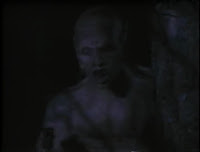 Oddly enough, some people actually sees this film as so bad, its good, which actually was the same claim that got me watching this to begin with but, man, this is just too much. Nope. Nope. Nope. Not wasting another paragraph on this. I rather go through another round of Psycho Santa (2003) than this dreck again...