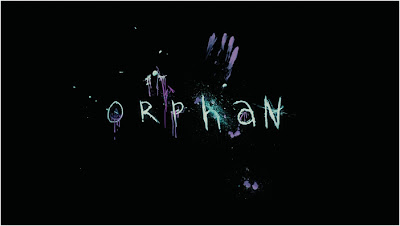 Kate, a loving wife to her husband John and a caring mother to their two children Max and Daniel, sets out to adopt a third child after managing countless therapies for an alcohol problem she started after giving birth to a stillborn. 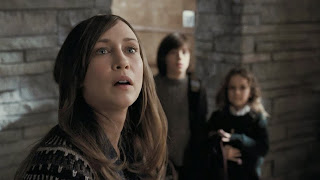 Visiting a local orphanage one day, she and her husband meet Esther, a talented and mature Russian girl whose politeness instantly won over the couple. Although not everyone in the family has grown to like Esther instantly (their son Daniel seem to have a thing against Esther's mature personality and Victorian-esque fashion), Kate and John try their best to keep things solid as a family, especially when their youngest daughter, Max, who's also deaf and mute, quickly becomes friends with her new adopted sister.

Things suddenly go for the creepily suspicious, however, when a series of accidents and disappearances begin to trail around Esther. Thinking there might be more to the girl than what they see, Kate attempts to find whatever she can on the child, but her suspicions mostly fall unto deaf ears as her history of alcoholism and severe mood swings bring little to make anyone take her seriously. It eventually becomes a race against time for the mother to discover the truth behind their Esther before it's too late. 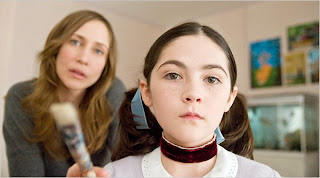 There's usually two kinds of killer kid flicks; one that focuses on the psychological aspects of how it affects one family such as The Bad Seed (1956), We Need To Talk About Kevin (2011) and Joshua (2007), while the other mostly involves them being murderers like Bloody Birthday (1981), Mikey (1992) and obscure classics like The Horrible House on the Hill (1974). Some killer kid flicks, though, combine elements from these two varieties but how effective it would be varies.
Orphan can be described as something of The Omen meets The Bad Seed or Bloody Birthday, with the lead mother's suspicions of an evil child is left unheard due to the fact that it's just too unlikely, in the meantime showcasing a murderous youngin' doing violent killings. In a nutshell, the film offers nothing new but the direction and the performances of its cast makes it a worthwhile watch, delivering every clichés known in this sub-genre but with much style and flair that doesn't take itself too seriously and with no more but an aim to entertain as a brainless horror flick.

True, it does seem to have some very gritty and gutsy moments; the fact that Esther seems to be as cold as the winter setting whenever she does something evil (may it be murder, violent blackmail or seducing adoptive fathers) does call for some uneasy moments with as much manipulative emotional play as possible. It takes a while before it gets there, but with the main casts' stellar performances, Orphan is anything but boring even before the trouble starts. 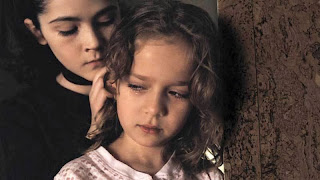 In fact, the whole movie might as well be a stepping stone into creating another horror icon for our generation; with her character's unusual origin and personality, Isabelle Fuhrman is pitch perfect in performing our titular orphan, perhaps one reason why this film is still welcomed by horror fans despite being underrated. The original draft of the film supposedly had her murdering more people and a more detailed origin of her past was to be given, but whether this might improve or worsen the film doesn't matter much, as the killer kid proves enough to make this film be a worthwhile look.

I also came to like the cinematography of this movie; the snowy white premises give a literal chilling atmosphere that goes so well to the film's semi-serious tone, a somewhat symbolic isolated feel that echoes to Kate's distraught on being alone on her suspicions. The violence is pretty graphic despite only three (successful) killings and for the scenes involving children in peril is pretty distressing. At that, the psychological aspect of the film plays quite well on manipulating not only our leads, but also the audience. 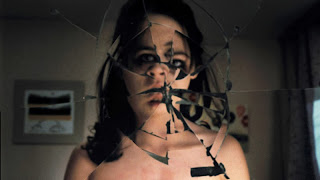 I will never understand what critics are blabbering about on how bad this film is as I find Orphan to be quite a thrill ride for true horror fans. Yes, it does turn into a cliché-ridden semi-slasher at the end after a seemingly plausible twist (and yes, I am aware that this has been done multitude of times before), but for the right mindset, that can be a good thing. For those who are into bad kids gone horribly wild, this flick is right up your alley! Try it out if you haven't seen it and let the nightmarish Esther be another reason for us to fear evil children!

Bodycount:
1 bird crushed with a rock
1 female bludgeoned to death with hammer
1 male knifed to death
1 female shot, neck broken with a kick
Total: 4
Posted by Kaijinu at 10:01 AM