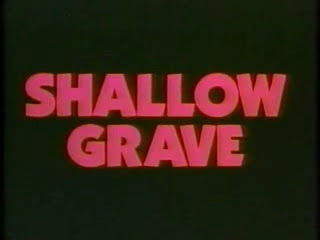 Okay, I enjoyed this more than I believed I would.

Despite getting into trouble for committing a prank against one of their dorm mates (a shot-by-shot parody of Psycho's shower scene), Sue Ellen (Lisa Stahl), Rose (Donna Baitron), Patty (Carol Cadby) and Cindy (Just Kelly) break out of their shackles of home works, tests and strict headmasters at their Catholic university to enjoy soaking up some sunshine and booze in Lauderdale, Florida for a break.

Enroute, the group meet up with two college boys at a local diner who agreed to accompany them to Florida seeing they're also heading that way. To ensure that these two dudes will stick to their promises, the gals steal one of the boy's wallet, leaving a note for them that they'll return it by the time they meet up.

Unfortunately, they wouldn't; after a tire goes flat, the girls are forced to stay while Patty heads back to town and buy a spare. (They actually had one, but one of the ditz  threw it away to make room for luggage!) While they're waiting, Sue wanders off into the woods to take a leak when she spies on a couple making love in the woods. As it appears, the man's cheating on his wife and when he tries to get out of the affair, his mistress threatens to expose his two-timing ass to his beloved. Man snaps and, in turn, snaps his lover's neck while Sue ran away in fear.

Back at the car, Rose and Cindy look for Sue and they spot the man digging a corpse hole for his dead lover. When the two realize things aren't right, guy pulls out a gun, shoots on of them head and the hunt is on...

One by one, the girls fell prey to this manic killer until two survives and limp back to town, where they're placed under suspicion of murdering their own friends and the mistress. As the girls try to claim their innocence, things got a whole lot messier for them when, as it turns out, the killer is none other than town sheriff! And to make sure these girls wouldn't talk, he'll sly his way out and do whatever it takes to save his reputation...

Shallow Grave is a film of separate directions; the first 30 minutes sounded like a bad, hammy 80s college comedies with bad comic remarks that sometimes hit the funny bone (The tire-luggage joke was a real face-palm moment for me), but when the first (real) murder occurs, the film suddenly changes tone to that of a survivalist backwoods slasher before shifting again to some sort of crime thriller, where the girls attempt to clear their name while the sheriff abuses his position and cleans up any loose ends. I kinda like this fact that the film tries to break the stereotyping rules and give us a real determined psycho with a purpose for his killing spree. The casts are real likable in the sense you get to care for them, which makes the murders quite an impact, despite being overly tame. (lots of strangling and a shooting)

Now, I would have given this film as a real high mark on my book but some aspects of it held me from doing so, one of which would be that some of the subplots here are left alone all the sudden after so much build-up. The scenes involving the two college boys trying to find the girls were left open ended and same goes to this film's own conclusion. But for the defense of the ending, I kinda dig the ambiguous tone of it and that it makes the film's one harrowing and truly terrifying experience.

Low-key slasher with crime thriller sensitivities, Shallow Grave is as tension filled as any backwoods/ corn-polk slasher out there with a lot of favorable aftertaste. Whether you find the ending good or not, or can you forgive the movie of its little shortcomings, it's still worth a watch once you can get a hold of a copy.