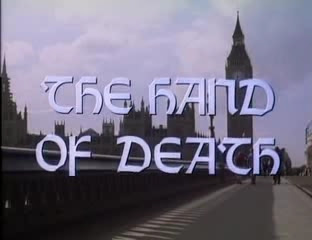 Well now, you think Tucker and Dale VS Evil (2010) had the real balls to be the best horror-romantic parody of a slasher movie? Actually, you might be spot on with the claim, but I never knew we'll find another contender here!

Meet Jackson, a deformed man whose hatred to the world have him wearing a goalie mask to hide his hideous face and cut down as many people as possible with his assorted collection of weaponry, though evidently bored of this lifestyle. It should have been just a typical late night for Jackson; some partying young adults breaks into his humble abode, he shows up to slaughter them, one by one, in an impressive opening murder spree, that is until he came upon Shelly, a blind girl who mistaken him to be the a date her (now dead) friends set up her with. Though very cautious at first, Jackson finally warms up to her (Speaking in Shakespearean sophistication too, of all things) and then the two began dating.

As Jackson reveals to Shelly his inner-most turmoil as a slasher and how he's beginning to get bored of his life, these revelations are, fortunately, disregarded by Shelly as just him being overly dramatic. Enlightened, our slasher tries to be as normal as possible, but with his bum father (who claims to be a once proud and great serial killer) pulling him down and paranoia that Shelly's friends might poke fun at him fueling his rage, he soon has to settle up with a choice to either give up the slasher life forever, or be damned to a cycle of endless killings.

This is probably one of the weirdest slasher flicks I've seen in my life, and I think my time and effort tracking this movie down was worth it. Many regards this as a spoof of the slasher genre, but what I see here is more of a satirical look to what might be going through our favorite killers' heads. (That, and when someone say "spoof", I think of films like Airplane! or the Naked Gun trilogy. Shirley, I could wrong...) It didn't quite followed the slasher formula well, for that matter, as after the brutal opening massacre, the film shifts from a bodycounter movie to a romantic-comedy-horror as we watch Jackson tries to change for Shelly, though not quite sure where to start. (I was gonna say "walk around without the mask on", but with a face that makes you look like the Toxic Avenger's cousin, I had second thoughts...) But with Jackson's insatiable urge for murder still lingering within him, he did went on to yet another satisfying killing spree at the near end, with a remorseful yet Shakespearean tragedy to boot.

The great thing about Hand of Death (a title I really prefer than the too-comical sounding "Unmasked: Part 25") is that it actually peaks your interest with great characterization and witty scripting. The relationship between Jackson and Shelly is indeed an odd one but sweet from time to time; outside his serial killing persona, Jackson's a deep yet troubled individual who's breaking out of the habit often echoes that of a young nerd finding out sex for the first time. In contrast, Shelly, despite being blind and kind, shows her new boyfriend that she's more than capable to be "exciting", introducing to the much shocked Jackson her fetish for hard leather, whips and blow-up dolls. It's opposite attraction with mutual understanding, thus the reason why the movie's plot is thankfully engaging despite the thick accent. (But I'm kinda getting used to it, thanks to my Series 1 to 6 box sets of the revived Doctor Who serials!)

However, this strength could also be this film's weakness; being a deconstruction of a slasher movie, or moreover that of a slasher villain, it dwells a bit too much on the theatrics and the story of Jackson's life kills off some of the supposed comedy this film promises, making us feel like we're watching a very weird drama. But, at the same time, it has its moments of chuckle worthy scenes that distract us of the bleaker tones of the movie, thus making the overall tone to be indecisive. Some might find this shift of tone to be very distracting and overall corny, and I wouldn't blame them. There's a scene where Shelly and Jackson were on a date and, to make him feel more comfortable, Shelly decided to stop by a costume shop to buy a goalie mask for herself so Jackson wouldn't feel so uneasy. As if it's not bad enough we got Jackson trying to be more "open" to the world by roaming the streets and concrete of London wearing his mask, she just had to make their date a little more awkward. (Her heart's on the right place, but her ideas just sucked...)

The last shot of the film sortah reminds me of the same kind of downbeat irony found at the ending shot of the 1994 French/Italian cult classic zombie film Dellamorte Dellamore, or Cemetery Man, wherein Jackson finds himself "destined" to continue his slaughter, after finding that this movie's getting a sequel that'll play in his local theatre. Sad stuff, but as I've mentioned, the uneven atmosphere of the film make it only half-work.

Patient slasher fans may eventually warm up to the movie's unique plotting, and too will gore hounds as they'll find some of the grueling kills to be quite satisfactory for a late 80s entry. For fifteen minutes into the movie, we got a faces being torn open or beaten flat with shovels, skewered lovers and a bloody nightstand impalement through the mouth. The ending massacre, which puts the movie in full circle, have our killer even blurt out some pre-Scream (1996) self-awareness to the sub-genre's cliches!

It's a shame this movie is rarely seen and/or discussed around this fandom since it's really an effort of a title, with a few minor nicks. So I'll say to those who can spot a copy of this film lying in the deepest bowels of the cyberworld, grab the opportunity to see it, and experience the strangeness that is The Hand of Death!