The Misadventures of: Freaky Farley (2007) 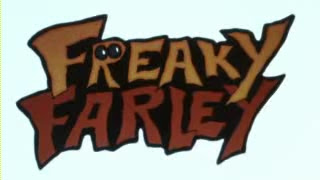 You just got to hand it to some people when it comes to no-budget movies; it wasn't since the last three decades ago when people with a camcorder can pretty much film their own "horror movies" and distribute it through the video market. That intuition is still pretty much alive today, and most people are proud of it, just like the folks who made this horribly bad yet surprisingly laughable (the good way) horror-comedy.

The film is about a peeping tom outcast-turned-spree killer Farley Wilder, who starts telling his life story to a psychiatrist during his jail sentence. He began on the day he lost his mum on a car accident (or so he was made to believe), also the same day when his dominating father began forcing him to dig and fill a same hole as a disciplinary course to man him up. After years of living under arrested development with his father, Farley became a social outcast who just wanted to live life as he wishes it to be, which mostly involves him peeping on girls in their undress, soaking up in the river and take long walks in the woods.

Of course, this is hard for a guy who's been picked on by almost everyone he meets and has a father expecting big things from him, but all things changed when he meets Scarlett, a risk-taking adventurous girl who loves all things weird and unusual, and that includes "Freaky Farley". For once, it was looking up to Farley, until, that is, his father found out that he lost the job interview and found out about Scarlett, a girl he really disapproves of, banning him from ever meeting her. This pushed Farley to the brink of rebellion, running away to the old cabins where he once went to as a kid, and found out something that will lead him to his killing spree...

Okay, I admit this movie is terrible beyond all sense; the script is really amateurish and crass (who uses "Golly" nowadays?), the acting's equally wooden, effects are non-existent, the camera work's are uninspired and the characters are awfully, awfully weird (a ninja? a witch? a hobo who believes in monsters that may or may not even exists? Oh wait, that last one's a staple! Carry on, then!)
But, and this is a big but, I can't stop liking this film for the fact that it's really funny. I don't know if it was intentional or not, but I was laughing a lot at the ineptness of this film, to the point that I really wanna how this movie end. Yes, I'm saying I cared for this movie, and though it's not the best slasher movie to be made with a dollar and a hand-me-down camcorder, it certainly earned my respect as a really funny film to watch when it catches you in the right mood.

I can definitely tell that everyone involved with the production here is really giving it all to make a fun movie; Matt Farley, who played "Freaky Farley" was real good with the laughs at this one, as to Sharon Scalzo, who played Farley's best friend and love interest Scarlett, who delivers her lines with much cheese as possible. You can also tell that the rest of the cast are probably just close friends and families of the production team, with obvious zero-knowledge or skill in acting, but kudos for trying at least.

As a slasher movie, Freaky Farley is sort of a rip-off of Silent Night, Deadly Night 2, with the movie beginning with the killer already caught and retelling his story through flashback, and even ending it through a spree killing. (including the fact he, like the Ricky Caldwell character, spared a child in their massacre, and even done a spoof of the famous "Garbage Day" meme) What I didn't expect here, however, is that sudden arrival of a unexpected "threat"; something of which forces the town's mayor to take out Farley from jail as he's the only one who can destroy them. (As if the witch and the ninja isn't weird enough...)