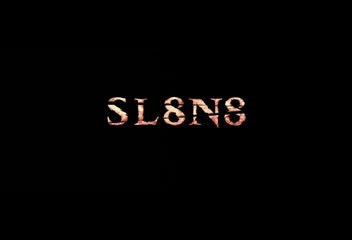 Had I told you guys I once tried typing completely in L337? (Leet) It didn't hold long on me, I'll give you that, but for some reason this movie had ghosts capable of speaking in leet through ouija boards! Does that scar my ego? No. Does that makes this a bad movie? Maybe. Is it the good kind of bad?

Opening in 1850's Belgium, we watch a serial killer kidnap a little farm girl with plans on using her for a Satanic ritual. However, before he can decapitate his latest victim, the local authorities make their way to his shack and chase him into the mines where he met his doom with a face full of lead.

Forward 156 years later (yeah, I did the math), we now join high school student Kris on a road trip to get her late father's manuscript from the last place he worked, at the same time enjoying her travel with stereotyped buddies. Their journey ends up at some rave house built on top of the same mines our late satanist ended up in. The mines are now used as a haunted attraction where guides share the tale of the guy who died there; turns out our killer's practicing Satanism to get in touch with his dead parents in order to fish out their family fortune which they hid away from him. Of course, seeing he died before he can continue his ritual, it is now rumored that his soul wanders the very mines itself still looking for this treasure.

With the group aching for some fun, they ventured deeper into the mines for some personal drinking sessions and, for some Goddamn reason, a simple game with an Ouija board! (As you would. NOT!) But the board awoken something evil in the mines, and after decapitating their guide, it is now possessing one friend at a time to kill off the rest of the group one by one. As buds turn against buds, Kris also found an unlikely help out of this mayhem: her dad! Speaking from beyond the grave through the board. In leet.

Though not the first slasher film to do a supernatural possession angle, as the likes of Long Time Dead took a quick jab four years prior to this and even more at the 80s, where a low-radar title known as Retribution (1987) had a dead gangster possess the body of a suicidal artist to exact revenge on his murderers. Slaughter Night, however, done away a more chaotic variation to this by having more than one possessed victims to kill off the others rather than just one. Thankfully, the gore level in this movie is acceptable with kids being decapitated, jack-hammered chests, and a good shovel-splitting by the mouth, all done in a tone and flow that provides some cheesy charms.
Aside from the possession theme, Slaughter Night is really just another slasher movie with a decent production value. Bodycount is gorehound friendly thanks to some top-notch special effects, the cast isn't all that bad, and the story's simple enough to go through without the need of deciphering what's going on. Once the killings starts, it's either one possessed teenager hunting the rest or said possessed teenager being killed off in defense, so I'm pretty sure this movie can entertain with a viewing or two. No masterpiece, but still watchable.

Bodycount:
6 children's heads found in stakes
1 boy decapitated with machete
1 male stabbed to death
1 male killed offscreen
1 male shot on the face with rifles
1 male immolated in car explosion
1 male immolated in car explosion
1 male beheaded offscreen
1 male beheaded (mostly offscreen)
1 female had her head split by the mouth with shovel
1 male gets a throat cut with saw-toothed machete
1 female ran through with javelin
1 female jack-hammered on the chest
1 male gets a pickaxe to the back
1 male hanged, beheaded with saw-toothed machete
Total: 20
Posted by Kaijinu at 4:19 PM