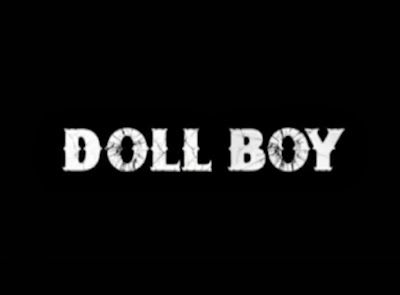 Sometimes a slasher film doesn't need much to be great. So long as the kill count is sizable, the gore is good and the killer is memorable, a movie of that sub-genre can have quite an impact for its fans and too those who can appreciate it.

Bloody Bill Production's Doll Boy is a short about a group of seven captives (or eight if you'll count that unfortunate toddler whose fate remains ambiguous) getting forced inside an abandoned shopping center by a rather demented clown. The center, as in turns out, homes the titular Doll Boy, an overweight maniac behind a grungy looking mask and dinky overalls, wielding a sledgehammer.

The story is simple enough as it is; people running around for their lives, splitting into groups as they always do, trying to find a way to get out alive. Of course, some of them either does something entirely stupid or selfish and they end up bludgeoned to death by the killer. With a running time of 27 minutes, it doesn't leave much for plot or character development, instead going for a straight-forward slasher routine of stalk-and-kill, but at least the fast-pace kept the adrenaline going, a good thing since the attacks and murder sequences were brutal enough for sickening enjoyment.

The low budget is pretty obvious, but I applaud the film's creative look despite of it; the premise really help keep the mood in tone, with all the windows either barred or absent, litter of almost every kind including broken toys, working film projectors and glass shards all over the place, putting the whole film in a state of implied hopelessness for any means of escape. In an even darker tone, mutilated bodies of men, women and children are even found displayed all around in twisted decay, showing a bit of history to the killer's modus. On that note, Doll Boy himself is also another positive element of the film; completely silent, the large hulk hints no reason for his killings, why he is there in the first place, nor does the movie shows his connection with the clown. All we know is that he is there and he's doing what he does best.

Doll Boy is everything a short slasher film is supposed to be; good scares, atmosphere and gore, it's definitely a labor of love and homage to the sub-genre as almost every trope is present and balanced. Recommended for a good watch and/or a purchase!