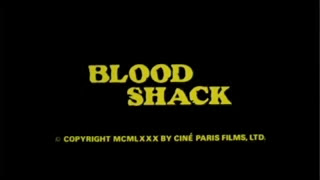 A better effort from the same guy who made the mindbogglingly boring The Hollywood Strangler Meets the Skidrow Slasher (1979) and it's "sequel" The Las Vegas Serial Killer (1986), Blood Shack is a near-hour long horror film about a dilapidated house (supposedly a 150 year old "historical monument") that seems to be the home of a sword wielding maniac dubbed as "The Chooper".

Protecting this secret is one hick groundskeeper who tries his best to keep anyone off the house, but as any doomsayers in these kind of films would have it, his warnings fall to deaf ears and he has no choice but to rid the place of the bodies from The Chooper's killing sprees. Not that he minds, actually, as he seems to be more than willing to bury these corpses and let the manic swordsman do murder. 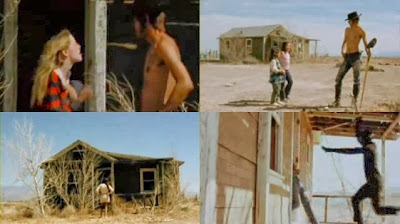 When Carol Brandt (cheaply named cuz the actress playing her is also called Carolyne Brandt!), a washed-up starlet inherits the farm, things got a little more random; narrated by her, she begins to share to us her experiences with the barn, from the good, the bad and everything randomly in-between including the crazed groundskeeper believing that the Chooper is a being of vengeance concocted out of Native American hoodoo, to that of a rival rancher who keeps pushing her to sell the land. Paste in random shots of rodeo and more narrated footages for the sake of making look like as if it's a part of the plot, and we get fillers to go along with more of Chooper's murderous mayhem.

As a proto-slasher, it's not all that great; the supposed supernatural menace that is The Chooper is anything but terrifying with his black bodysuit and constant yelping that sounds more like "Lady Leatherface's" from Texas Chainsaw Massacre: The Next Generation, nor does it make the whole supernatural angle of the killer that convincing. Gore is absent and instead replaced with cheap looking red paint disguised as stab wounds, but at least the sun-lit murder set pieces brings out an unnatural and trippy look to the already convoluted storyline. 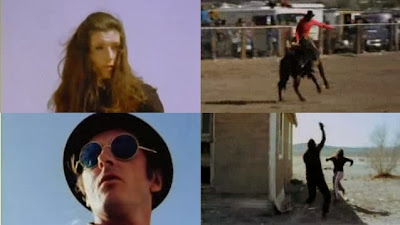 For all honesty's sake, Blood Shack is a bad movie that never really felt like it had a story to begin with as it spends most of its short running time interchangeably showing us either a badly-acted murder of a random, stubborn victim, or an equally random footage with poor acting and/or lined with Brandt's own uninspired-sounding narration, usually in a repeating pattern. The cheap budget shines through and through for that matter, although this kinda gives the movie an authentic grindhouse feel that might be a pro for those who loves to collect gritty and unheard 70s exploitation flicks. (Not that the dated looking wardrobe and inept looking camera work isn't helping from the start)

If cheese and unintentional comic is what you want however, Blood Shack may count off every element of a good "bad movie" and befit one. The film never felt that serious and it may not be the most experienced-looking proto-slasher out there (and I'm putting my money that this is the only reason why this film is so obscure) but its strangeness could double as its own charm, as fans of weird cinema can get a good kick out of the steadily paced, low-budget B-flick. 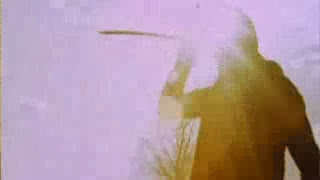 Not straightly recommendable, but feel free to enter the haunted bowels of a pre-Texas Chainsaw Massacre Texas and see the seemingly failed yet hilariously threat that is The Chooper. If you dare!