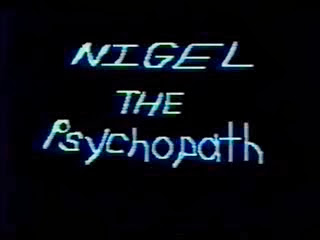 What do you call some bored teens and pre-teens with too much time on their hands, with a camera and have no idea what they're doing? Nigel The Psychopath.

Okay, maybe they're at least aware of what they are doing seeing they were able to make this is film happen but either ways, it's still awful. (If , that is. you would even call this a "film") As far as I can tell, the "story" exploits the murders of a rather "elusive" killer who changes costumes in every moment or so he could, which is very plentiful for the count. Not that it matters, however, as the zero budget really shows. 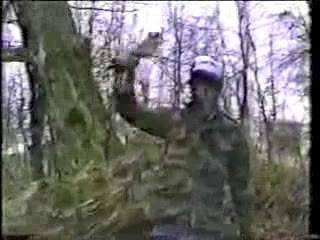 With no solid plot, acting, direction, technical skills or even acceptable bloodletting (at least), Nigel The Psychopath is no more than a backyard home video that really deserved to be hidden behind some dusty old shelves. I don't even know what these guys were thinking, but I'm imagining something to just pass the time since nothing's good on TV anyway. What seems like an hour or so felt like an eternity of looped audio, people pretending to be murderers, cops and dying victims, with no more than a dime-store worth of props and one of the lamest masked killers to be concocted out of a weekend afternoon.

Screw this! Anyone who will find one utter enjoyment out of this (which I highly doubt) are probably the cast themselves and whoever was high enough that time to help them even distribute this trash. Dump it!