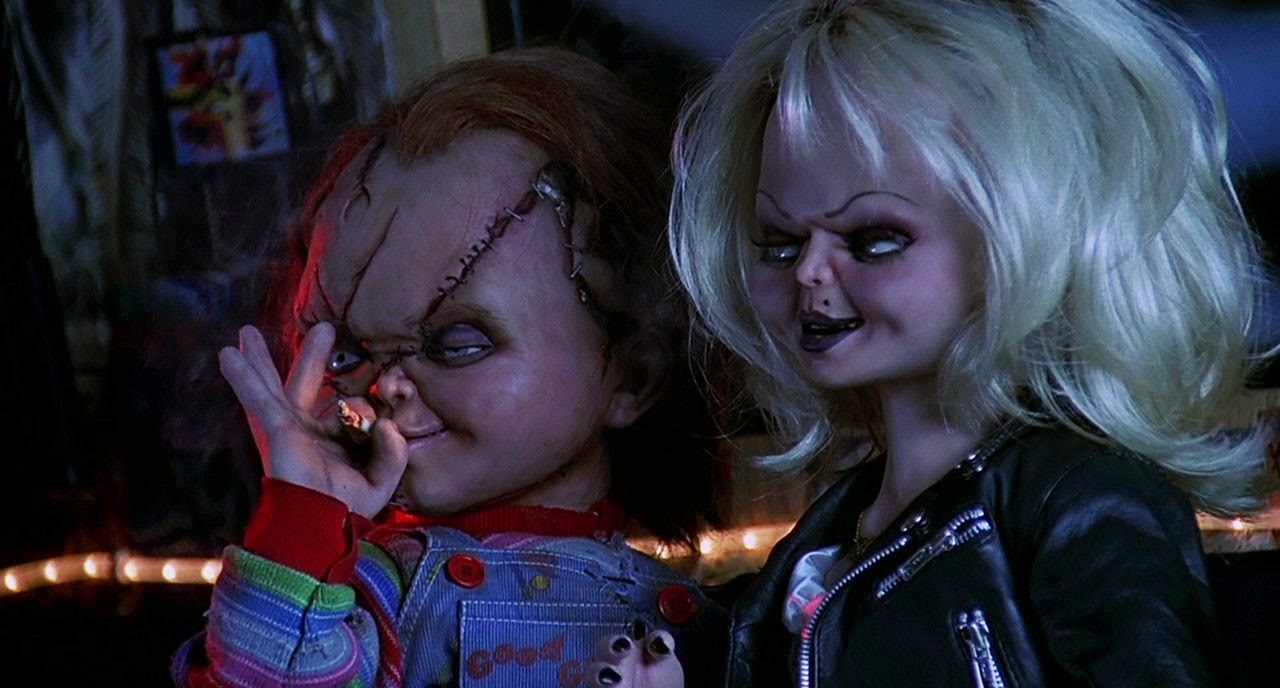 After his death through a giant turbine (my fave Chucky death in the whole series), the killer doll returns, patched up into a new Goth-Punk look and even snags a bride in this side-tracked franchise entry that puts Chucky into a realm of satirical black comedy thanks to the 90s Self-reference shtick. Not that it's a bad thing of course!

Bloody Best Bits: Apart from the Doll Sex? This exchange:

Jesse (Our lead. Referring to Chucky and Tiffany being sentient dolls): How'd you end up like this?
Tiffany: It's a long story.
Chucky: Let me put it this way. If this were a movie, it would take three or four sequels to do it justice.

Cracked me up every time! A hulking psycho with a thing for plucking out eyes somehow returns after being shot on the head, hunting down delinquents tasked to clean up and renovate a murky old hotel. Simple and savage. Just the way I like it! 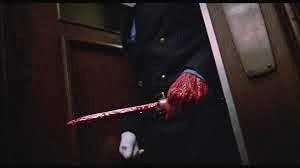 A classic Action-slasher hybrid that brings out B-flick stars Tom Atkins and Bruce Campbell against a wrongfully accused and superhuman ex-cop out for blood through the city.

Bloody Best Bits: Who needs a bridge if you could just kill a guy with wet cement the way our titular killer did? 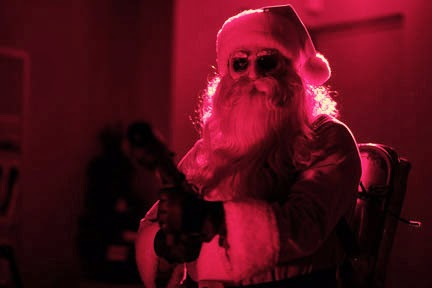 My advice on how to love this film? Forget that it's a loose remake of Silent Night, Deadly Night (1984)! Seriously, this holiday slasher boasts a pretty neat stand-alone comeuppance for everybody naughty in a small sleepy town as an effectively intimidating Santa slasher shreds, burns and mutilates his way through them.

Bloody Best Bits: Hohoho, where will I start? A spoiled brat electrocuted with a cattle prod, a thieving (and perverted) pastor gets some chopped fingers, a cool head split. My list goes on!
﻿
76. Wolf Creek (2005) 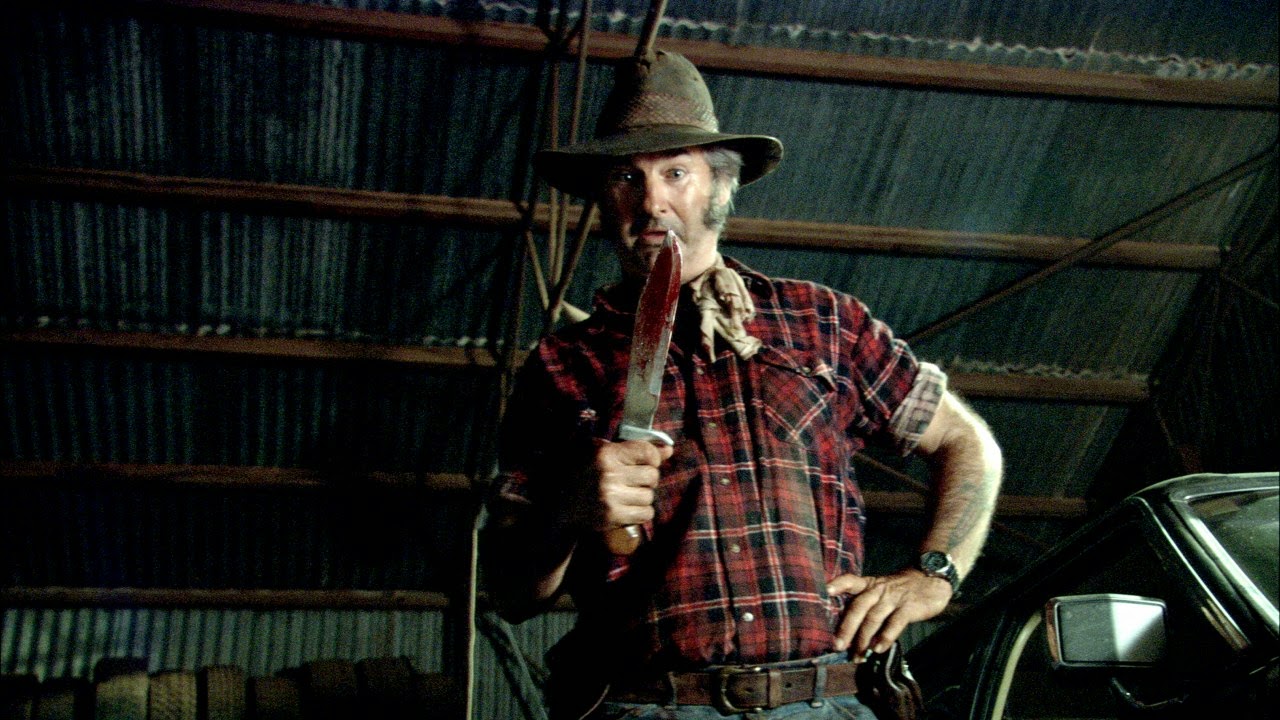 Three backpackers find themselves under the mercy of a deranged local with torture in his mind. Incredibly intense and grim despite it's low kill count, this true event-based Ozploitation introduces a new memorable face to the ever growing rouge gallery of slasher villains, with an equally haunting story to boot! 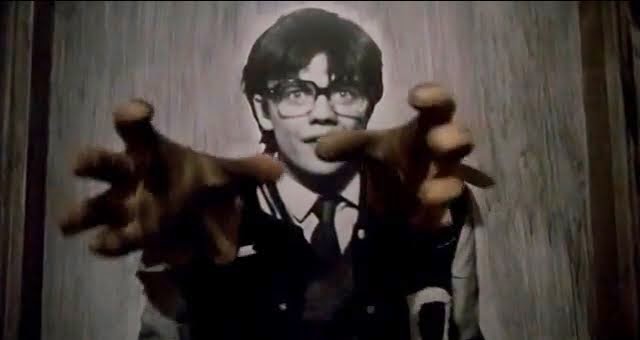 After being disfigured by an April Fools prank gone too far, those responsible finds themselves invited to a ruse party years later only to be bumped off by a really pissed off nerd. An underrated gem with a fairly confusing ending, but boasts great kills for deserving vitims.

Bloody Best Bits: Nothing seems to faze these bastards: after seeing two or three of their friends got killed off, a couple had the audacity to have sex later that night. Well, let's see if three thousand bolts will do the trick!

The Tobe Hooper 80s cult classic that dished out awesome visuals and a workably chaotic backdrop, two couples suddenly got themselves in a deadly situation when they became witnesses to a murder and the horrendously deformed murderer sets out to kill them off.

Bloody Best Bits: The grand unmasking. Which happens halfway into the movie but for a good reason...﻿ 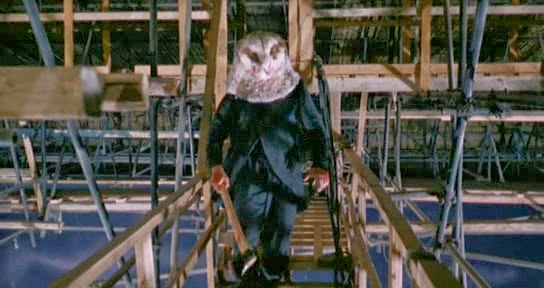 A very basic slasher about an escaped loon sneaking his way into a soundstage to kill off all the performers there, what made this quite memorable among others of its kind would be the artsy flair, giallo-esque camera work and lighting, flavorfully mixed in with juicy, bloody red killings.

Bloody Best Bits: After axing one of their own in mistake of him being the killer, a group dwindle down by two when the owl-masked loonie tears one in half and eviscerates another with a chainsaw. All in one scene!
﻿
72. My Super Psycho Sweet 16 (2009) 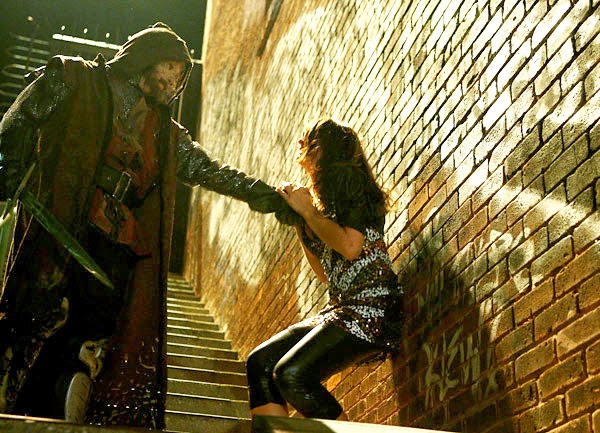 Perhap's MTV's only worthy baby for me (wow, dare myself to say that five times?) a satirical take on our desires to see nasty spoiled bitches get what's coming to them, one bloody slaying to the next. Shockingly bloody for a TV film!

Bloody Best Bits: The opening murder, where The Lord of the Rink gets even on some jerkass and then his bystander girlfriend. Hence, luvs, why you should never hang out with jerkasses. 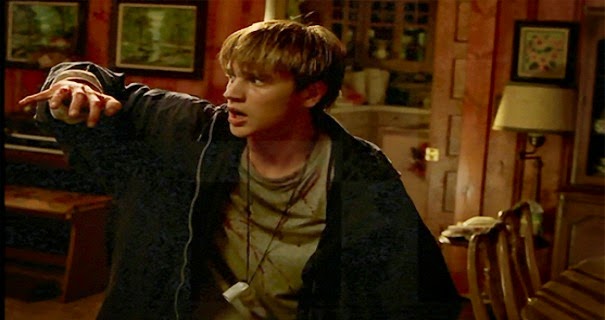 A stoner comedy laced with supernatural shenanigans, zombified bestbuds who're too lazy to go to heaven (no really!) and one angry murderous hand. Yep, perfect Halloween slasher for the kicks!

Bloody Best Bits: Aside from seeing a band lead get scalped in public, there's something about evilly possessed puppets that gets me chuckling.