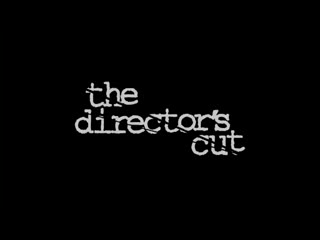 After picking up the last talent they need through the auditions, arrogant director Mike and his female producer Bobby lead their small production crew to the outbacks so they can finally start filming their independent movie, a period mystery piece supposedly inspired by Picnic at Hanging Rock (1975). With guns. 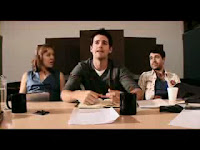 The first day of filming is, to put it bluntly, troubled; an actor lost the digits of their hand in an accident, another actor quits after feeling insulted by an impromptu line, and an on-the-spot story change have them finding and tagging along a random gun nut so he can keep an eye on a borrowed pistol. Oh, and the assistant director (Called "#2") mysteriously dies overnight. Let's not forget about him.

Determined to finish his movie, however, Mike soldiers through the bickering crew and keeps the rotting corpse of their fallen comrade a secret, not knowing that his problems are about to get worse when someone dressed completely in a koala costume shows up one day to do some killing. 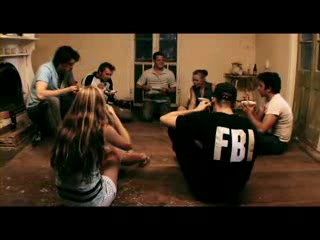 The Director's Cut (2009) is one of those obscurities made in hopes of entertaining the masses with the strange and unconventional, though its premise is basically a desert-set whodunit slasher with a movie-shoots-gone-bad backdrop, something done already with the likes of the comedic mockumentary Brutal Massacre: A Comedy (2003) and the easy yet fun Slaughter Studios (2002). 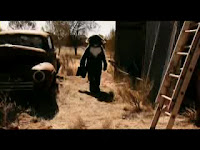 For a whole hour, the movie's more of a black comedy about the increasingly crappy luck down in the hot wilderness, as our crew suffers for a filming that barely made sense and would only get a single scene done. Most of the jokes are a hit or miss, though those that do land on a funny bone has a good wit on them and a bit of weirdness added in, mixing the nasty and the humorous in equal measures to keep the hectic yet strange tone up and steady.

The real fun of this chunk is the little twists and turns done for the character as we do get to know their quirks along the mishaps happening to and at them. The actors may not all be perfect but plenty have done enough to play the gags rights and deliver their roles to a likable extent, even when the slasher bits eventually rear its furry, cuddly head. 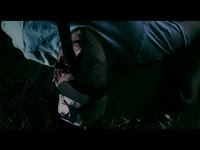 Throughout the film, we do get small indications that someone has been following our crew and is now lurking around the nearly abandoned set, though it is at the last half hour that The Director's Cut (2009) curiously welcomes our killer in full koala fursuit, carrying a case of acid. It's a surreal image that frankly works along the movie's build-up and atmosphere, stranger even that we never really get to know who is underneath the suit after all of the red herrings, blame-throwing and surviving our casts try to do. Most of the death scenes doesn't rally above the average mainstream slasher murders, but they do add up very nicely and a couple even packs a brutal surprise for how intense they were, or how out of nowhere they came in. Thrown in a little gruesome nudity and we have a well-worth bodycount climax full of entertaining death scenes and a villain which the movie refuses to identify, all the way down to its abrupt ending.

Hitting the weird factor with just the right amount of dread and surprises, The Director's Cut (2009) may not win a lot for its dark comedy despite having some clever and chuckle-worthy moments, but this is without a doubt one of the better indie-slashers I've seen that deals with killer mascots. It's a tad rare so should you find the chance to see or own this little gem, hesitate not!

Bodycount:
1 male found dead in his sleep
1 female unknowingly bathes in acid, shot
1 male immolated in explosion
1 male impaled in the eye with a tripod leg
1 female found stabbed in the back with knives
1 male shot in the chest with an arrow
1 male had his throat cut with a knife
1 male shot in the mouth
1 male disappears, presumably killed
1 female strangled with a rope
1 male presumably killed
Total: 11
Posted by Kaijinu at 11:56 AM