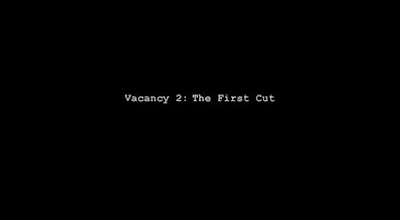 Set three years before the events of the first film, this direct-to-video cheapie have hick managers of an entirely different motel in North Carolina rigging a specific room to videotape guests like newlyweds and frisky cheaters in coitus for some quick voyeuristic smut to sell. They, however, got more than they bargained for when a mysterious Mr. Smith checks in with a young woman one night and they witness him go on a stabbing frenzy, murdering his date.

At first, they thought of killing Smith to avoid phoning the cops and getting jailed for their peeping tom operations along the way, but the motel managers, instead, find themselves getting sweet talked by the killer as he claims there is a market for snuff films and he's willing to earn them a buck murdering folks in exchange of letting him live. The motel gang quickly patch up for their new gig and got their first soon-to-be snuff victims when teens Caleb, his fiancée Jessica and his best friend Tanner arrive to check in. 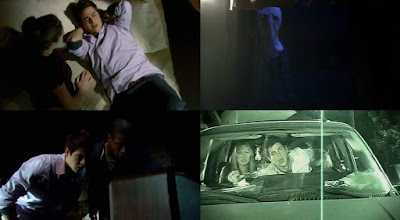 So, not gonna lie, I kinda saw this sucking a mile away considering this was released around the times straight-to-video horror sequels and remakes seem to be in on a roll and not a lot of them were good. (Looking at you, April Fools Day (2008). Don't you fucking think I have forgotten about you) Comparing this to Vacancy (2007), The First Cut is no doubt a teen thriller-cum-slasher with its higher kill count and more violent and sadistic nature than its predecessor, though this come with the cost of having believable characters and real working tension tossed out of the window, basically shoving us back to predictably cliched territories of dead teenager flicks and their dumb choices.

If anything, I would have settled on a direct thriller approach, focusing particularly on the villains and their situation as that is actually more interesting of a watch than some boring random teens getting stalked and filmed throughout a motel and some nearby woods by a random psycho with a paycheck. It started interesting enough with them managers witnessing the murder and thinking about their next step, but once the guys quickly agree on their new gig of murder tapes, it's missed opportunities upon missed opportunities and we're stuck with this dry run backwoods slasher shindig that we hobbled upon one too many times before.

It doesn't also help that everything in this film's production from the camera work and lighting to the editing and score just feel cheap. I mean, I'm sure it is, but I've seen other direct-to-video offerings that looked sleeker and more polished than this turd, with a more interesting story to boot. Kinda makes me wonder if anybody even asked for this to exist?

Whatever the case, Vacancy 2: The First Cut (2008) is better off cut up in a chopping board.