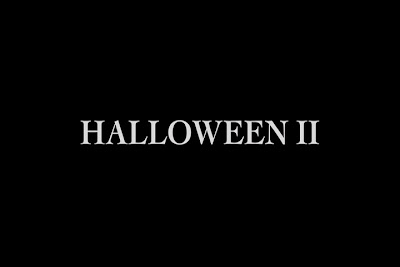 *note: This review covers the Unrated version of the film* 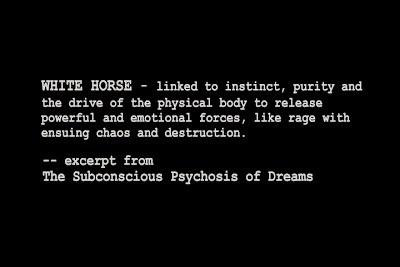 This is what happens when you force a man to do something he doesn’t want to.

Despite the sort-of success of his gritty 2007 re-imagining of John Carpenter’s Halloween, featuring a detailed look into The Shape as a mentally disturbed child growing up into an unstoppable hulk, rock star/director Rob Zombie never wanted to do anything with the franchise again but the big heads at Lionsgate demanded it and probably pushed him to the point he simply said “fuck it” and decided to take revenge on them by doing this rather more personal take on the Halloween mythology.

Continuing from where the last film left off, we see Laurie Strode, Annie Brackett, and Doctor Loomis at the aftermath of an attack from the infamous slasher Michael Myers. They all survived the slaughter and Michael’s thought-to-be-dead body was to be shipped to the state morgue when, as the drivers were distracted by their discussion concerning necrophilia (?!), the he was at ambulance crashes through a cow.(?!?!)

We then see Michael get back up and brutally decapitate the surviving driver before following a vision of his mother, his younger self, and a white horse which somehow lead him to Laurie’s clinic. There, he easily murdered most of the staff while chasing Laurie out of the clinic. And just where it looked like she’s done for...

It was all just dream.

Well, we never get to know but here are what the movie established for us instead: Laurie is now living with the Bracketts and the night Michael came home messed her up so bad that she is now suffering through post-traumatic depression, forcing her to become an emo-punk, undergo psychiatric help to help fend off her mood swings, and somehow enabled her to see creepy visions of a woman in white, a young Michael, and the white horse. (Coincidence?)

We also see Loomis milking the hell out of the infamous night as he sells-out to the public and promotes his new book based on the event, unknown to him that Michael is indeed still alive (and now resembles a hobo) and is making his way back to Haddonfield to finish off what he started.  The nearer Michael gets back to town, the more people fall victim to his violence, the more Laurie began to see frightening visions, and the more Loomis become an obnoxious asshole who cares about nothing but his fame.

It all sums up in the end as Hobo-Michael slashes through some of redneck Haddonfield’s residents, kidnaps his sister, and finally faces Loomis for the last time, which may or may not mean a final curtain to this remake franchise.

As far as I can tell, H2 did a few things that we rarely get to see from a slasher movie as the story focuses more on Laurie’s descent into depression (and eventually madness), while keeping Michael’s bodycounting an entirely separate set-piece until the climax. This pointed out, H2 have a more psychological taste and would have worked better if it was an entirely separate movie from the Halloween franchise; the whole grounding-Michael Myers-into-reality act was already scary to begin with as seen in the remake, but H2 took this further and showcased a frightening look to what might happen to slasher victims after the attack and how they too can become monsters from the trauma. (a socially dysfunctional brat for Laurie, a megalomaniac for Loomis)

Unfortunately, this might deter hardcore fans of the franchise, and too some people who prefer their characters to be more approachable; some might feel for Laurie and understand what she is going through but her sudden change from a decent girl to a loud prude brat can be off-putting for others, which is same can be said for Loomis’ transformation from a concerned selfless psychiatrist to a selfish moron. Strangely even the depiction of the town of Haddonfield, Illinois changes as it is somehow trashier, sleazier and more prig than the last film, with its residents devolved into drunken hicks and troublesome teenagers who I can’t wait to see die off violently.

Interestingly, Michael also changed, not so much on his brutality (although he seems stronger here) or figure (though, again, the Hobo look) but more on his depiction; if the first film portrayed him as a maniac who kills out of random, Michael here was shown to have a form of understanding through ghostly hallucinations of his mother, his younger self, and an artistic depiction of rage as a white horse (if you buy that). We get to see how he operates, following orders from these three apparitions which somehow also begins to appear to Laurie as well in some sort of psychic link. (I believe this is where Rob discarded his own rule of not including any form of the supernatural. Good to know you’re loosening up, Mr. Zombie)

With all of this changes for the messier and grittier kind, it’s not hard to understand why H2 was approached with mixed reactions despite looking professionally made; the kills are gory (and for one scene, heart-breaking) for a slasher, the pacing is steady enough to give both the story and the killings their fair share of time, visuals are noticeably more on the whimsical side with all the dreams and hallucinations, and the climax is one of the most intense and haunting I’ve seen from this sub-genre, just to name a few that I believe made this film watchable. But for some, these elements (the increasing brutality and sleaze) just doesn’t work quite right or fit into the realism H2 is trying to depict (or with the franchise itself) and can be seen as a desperate attempt to hype up the story.

Individually, H2 is a fair film, both as a sequel and as a slasher of its own caliber; it’s nowhere as grand as the 2007 remake, as legendary as the original Halloween, or as fun as Halloween 666: Curse of Michael Myers (a personal favorite), but it tried to go to places the franchise never ventured to and made it worked at a level. It’s not the Shape, final girl, and Ahab we all grew and loved but it is an interesting take and a worthwhile one for a time. Worth seeing once.