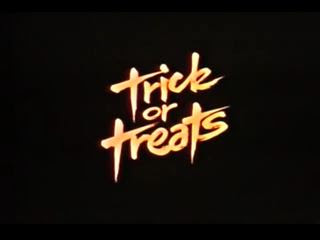 Wait, so this isn't a spoof?

Some time ago, a wife got her husband unwillingly institutionalized so she can...stuff... things...money.

"Several years later" (Movie's words. Not mine), the same wife and her new hubby calls a local babysitter, Linda, to look after their bratty little boy while they attend a Halloween masquerade. The story is pretty much a routine of Linda handing out treats to trick'r treaters after talking to a phone, only for her to get pranked by the kid, scold him, and do whatever business she'll be doing.

All the while, we also have the unrightfully nuthoused former-husband escaping (dressed as a nurse) and huffing his way back to the house, with murder in mind. This would have worked if only the film has the moron reach the house around, let say, 30 minutes or 40 into the film? Or maybe have him kill a few random victims along the way. But no, we have him comically working his way back to his old house for 70 minutes, with only one murdered victim done away by accident.

That's him reaching his house 70 minutes into a 90 minute movie. With only one lousy murder. What the fu-

By then, we got the usual shtick of the deranged hubby chasing Linda across the house which was anything but fun; lighting is noticeably absent, there's hardly a drop of blood or a sizable bodycount, and we get treated with the most random twist ending I've seen.

With cheese overcooked, no likable characters, and the story being shit as nothing really happened, I...don't know what to say about this. I can't call Trick or Treats horrible because it is beyond that and I don't want this film to taint the word "horrible". "Horrible" is too good of a word to be used on this disaster.

I would say that if perhaps this was edited into a short film, it might have worked better, but the damage is already done and this is the most pointless "slasher" I've seen. I think it is best that you guys and girls just take my word for it and avoid it like a mentally-challenged idiot waving a turd-on-a-stick at you...