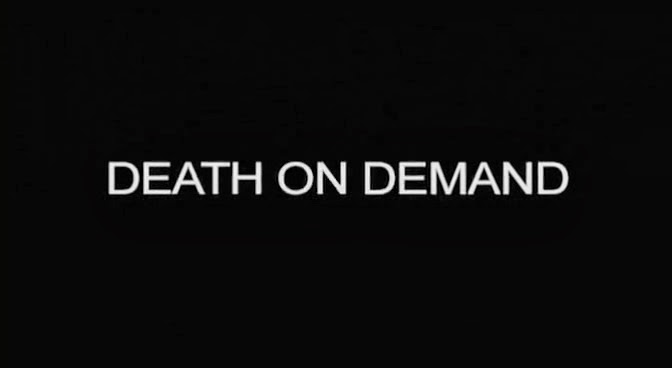 If you've already seen the underrated Halloween sequel Halloween: Resurrection, then the plot for this movie is no short of another case of "been-there-done-that". But to be fair, those kind of films are rarely done in a slasher, so I took some consideration giving this film some credit for trying it.

Some time ago, Sean McIntyre is a mountain climber who suffered an altitude sickness attack and ends up hallucinating during a trip with his crew, killing one of them with an ice axe after mistaking him for a monster. He was released soon after, believed to be at least recovering, but as it turns out, Sean was still suffering from the sickness and no soon murdered his entire family during one Thanksgiving before committing suicide via hanging.

Years had passed until the present, an internet entrepreneur planned hosting a live Halloween web broadcast with six couples staying inside a supposed haunted house overnight in a chance to win $5,000. The same house, it appears, as to where our mad climber used to live in and murdered his entire family. One of the contestants is a practicing psychic who, through her tarot cards, saw an impending danger that's yet to happen once they get into that house. But as any horror film known out there, nobody listens to her, especially not her macho-jock-jerk boyfriend, so it's not so surprising that the legend of Sean's ghost still roaming around turns out to be true, apparently awakened by the teen's careless séance. What's worse for these hapless thespians is that Sean's still sick in the head, and he has a bag load of mountaineering tools to put in and through them for the whole night.

It's not exactly a lot, but Death on Demand is a fun fright flick that provides the gore, some decent scares and a lot of nudity for the fans. The supernatural slasher elements may had taken its time to get around, waiting for almost an hour before ghost Sean finally puts his ice axe to good use again, but once it starts, the momentum never slowed down, and the practical effects gives us a generous amount of splatter to get along with its sort-of inventive killings.

Acting isn't gonna be any favors, too, since most of these victims are dumb frat members. Even our final girl's fight for survival isn't taken in that quite well since all she did is scream and cower up in an attic while trying to do another séance (with a dead body and something about a doll) in a desperate attempt to save what remains of them. It's a bit of a dip into the cheese, with some very gratuitous sex scenes, but the silliness of the movie fits well with its casual horror tone, making Death on Demand at least the decency of being an option for a party night rental.

Unless you're looking for more, Death on Demand is a slasher film good enough to be seen for the sake of having fun. If you could ignore the far-less believable acting and the fact you had to wait through these for you to see the good stuff, then rent away!