Have Gun. Go Sniper: The Anniversary At Shallow Creek (2011) 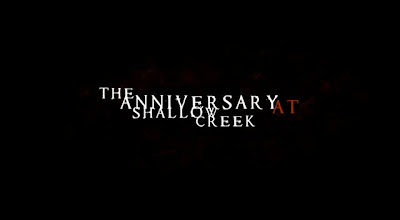 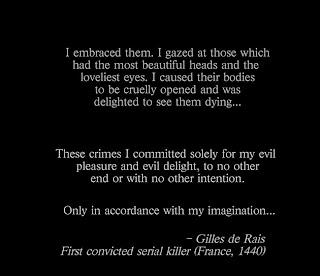 Sometimes, it's just best to don't fix what's not broken.

Not that I have anything against changing the formula but sometimes, for a slasher film to work at its best, it must learn to abide with the pattern as much as possible to keep us grounded, all the while try to exhibit something particularly new without the cost of the overall effectiveness of the film.

The Anniversary at Shallow Creek starts with a couple readying for a date when a lone sniper shoots one of them through the head, forcing the other to run back inside the house, only to end up at the hands of a masked hoodlum waiting for her inside with a knife, stabbing her to death before posing her with her dead boyfriend to have their photograph taken. 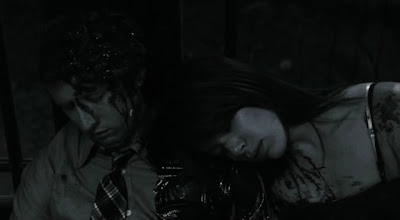 We then go forward a year later, at the anniversary of the opening murder. (as the title suggests) A group of youngsters decided to join two of their buds for a weekend stay over a cabin to take a break from all their studying. Despite some odd locals giving them a hard time (there's always one in these kind of movies) and one random kid befriending them almost immediately, the gang is happy with booze, BB guns and a bonfire by nightfall and that would have been the case for the rest of the evening if it wasn't for one of them getting shot through the head with a sniper. Turns out whoever killed those two from before is back for more and they'll be picking off the kids one by one in a deadly game of cat-and-mouse.

The premise for The Anniversary at Shallow Creek is nothing new as a slasher movie; kids go to isolated cabin, presumably pissed off some locals, kids have fun, killer arrives and murders one of them, panic happens, people goes into survival mode, chaos ensues to a gambled conclusion. What's different here is that the killer uses a sniper in most of their killings, an idea rarely tackled in a slasher movie since TAG: The Assasination Game (1982), a campus bodycount film which features a killer with an obsession for a shoot-out game. It would have been an interesting take for the basic set-up, but the film suffers through with some distracting flaws that water down an otherwise familiar yet fun film.

The first act wallows around for a good forty minutes, so expect some pacing issues and a lot of scenes where the gang is shown being friendly with another. All in all not a bad thing as it did made the cast interesting and somewhat likable albeit the average acting, but when the first kill happens and everyone is in full panic mode, things go to a similar path where some kids do stupid things that have them being killed and this went on until the hour mark. Around these times, the murders are actually quite good; they're tension-filled as the killer somehow keeps finding ways to use their sniper to murder and trap their victims inside the house before ultimately stalking and murdering them by hand in your typical slasher way. 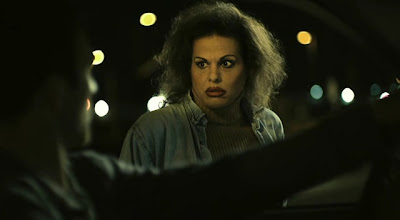 Things were fine, albeit tedious, until the last act comes in. Without revealing much, the killer gets the remaining teens drugged and forced to play a game where they have to kill one another to make a point. What the point was? I dunno. What I do know is that this finale's a chore to watch since it fails to be as shocking as it sounds, unnecessarily complicating itself with twists that I saw coming from far ahead. This all just leaves me wondering what exactly is this movie about from the beginning. Its marketing claims it's based on true events, but of which is beyond me.

The Anniversary at Shallow Creek may tried to stray away from the basic slasher film conventions and clichés for something unique, but it somehow lost most of its energy in doing so thanks to its direction and attempted original takes on the sub-genre. While some of it works, the rest is really nothing more than the same kind of twists and turns we've seen a couple of times before. It's a shame, really, I was really enjoying the film, but I guess as the the director's first (and so far only) feature length debut, they've got to start off somewhere rocky. Worth a rent if you're willing to, just don't expect too much coming from it.