Copping Out on Slasher Town: Relentless (1989) 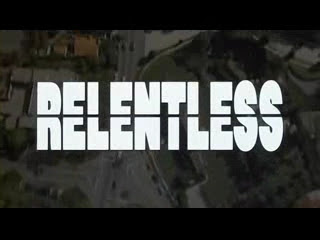 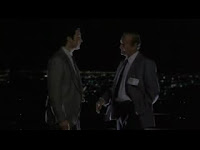 A relatively overlooked production directed by Maniac (1980) and Maniac Cop's William Lustig, Relentless is a rather ordinary film about another serial killer in Los Angeles wrecking havoc on its citizens after his application as a cop was turned down. (ironic, eh?) All the while, a pair of cops is on the hunt for this killer, all the while trying to get their differences aside. 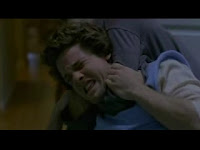 Even though the film does have an entertaining side to it, I can't blame for the lack of talk regarding this movie as it's hardly worth remembering with its generic plotting, hardly serviceable budget and a near absence of any real thrills. The only winning factor here were the three main casts; Judd Nelson's portrays Buck, a deranged maniac who grew up traumatized under the abusive upbringing of his ex-cop father. He may not be the best killer to remember around these parts, (let's face it, he looks too clean to be a real hard ass) but whenever he shows up, something worthwhile was bound to happen. The way he taunts and invades his victim's homes certainly had some style to it, making sure it's a grand entrance before making his victims grab the murder weapon and forces it unto themselves. (In a way, to prevent identifying him. Not a bad way for the movie to pull itself up from usual slasher/serial killer fodder!) 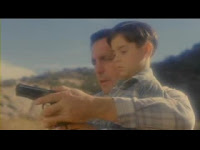 The two protagonists leads, played by Robert Loggia and Leo Rossi, also have their shining moments as two cops of opposing generation, Loggia plays a bitter and cynical police veteran who just wanted this case to end immediately, hoping the media will faze away the killer's motive as he sees this killing spree as no more than a desperate cry for attention. All the while, his partner, played by Rossi, is an eager, cocky yet caring rookie who believes in a high moral code, making his interactions with his old partner rather entertaining as it does come out rather realistic, but can get a bit boring with all the talk about cliched movie criminal psychology. 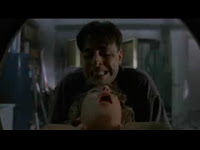 In terms of production, this is awfully different from what Lustig usually works on; often a time, his movies revolve around gritty cities but Relentless had our killer loose in sunny LA, meaning more aerial shots and lot of sunny concrete. It seems Lustig was aiming this to be more of your straight action-thriller, but he can't seem to hide the slasher elements even if its very low-key in this picture. Some of the acting could had used a lot more work, and, of course, the pacing of this movie would have been a little more bearable if they just had something interesting to show other than just two guys talking or a killer being kooky. Still, the overall result is a good rental movie for fans of serial killer thrillers or at least someone looking for a weekend timewaster. I can't really say anymore that!

Bodycount:
1 male gutted with knife
1 female garroted with piano wire
1 male knifed on the back, stabbed on the chest with corkscrew
1 female strangled to death
2 victims mentioned murdered
1 male shot to death
1 male shot
total: 8
Posted by Kaijinu at 7:17 PM