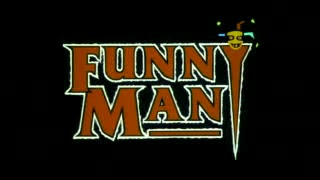 When the wheel of fortune spins, an ancient game of chance begins, but who could know or guess the rules, adrift upon the ship of fools. 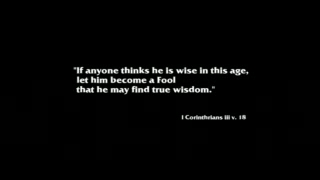 Rarely seen. Rarely discussed. Rarely favored. These are the things I observed when it comes to horror fans and this particular British horror flick. Sad, I could say, but I thought it's a jolly good stroll down a weird good show, mixing bloody slasher antics of Fred Krueger with the cartoonish world of Beetlejuice, featuring one funny man.

One rainy night, at a bar and through a game of poker, Max Taylor won the keys to an ancestral home located at his home country, belonging to one Chance Callum (Christopher Lee. for some reason), an eccentric billionaire who wishes to disown the home for the reason that he's tired of it. (Or perhaps knows what or who resides in it...)

After a few days, Max comes all the way to see the house, but as much as he's thrilled, the rest of his family couldn't agree much. His brother is also on his way to check the home, picking up a group of hitchhikers who are willing to stroll along for the adventure. Unfortunately, Max unknowingly played "a game of chance", a simple toy with a spinning arrow that could either land on "win" or "lose". He lost the game, so thus awakens a demonic jester known as The Funny Man, who begins to take away everyone dear to him (and the hitchhikers, too just for the kick of it) in one imaginative and irreverently humorous murder at a time.

Perhaps, in an insight, people just didn't get or want the humor here. To be frank, I didn't at the first try, but the silly imagery and the weird characters attracted me to watch it for another chance and, by then, I start to get it. Though the real story of this movie is still a lost to me, I believe that this might be an exaggerated metaphor of the nature of gambling, wherein chances of winning something so grand may have the chance of a bigger drawback if not played safe. Max here unknowingly did that when he played the little toy that summoned the Funny Man upon losing, thus ending up with him paying the price. Whether that may be the point of not, I am certain, however, that the movie's a tad too easy in the plotting as it mainly revolves around the killer offing one victim at a time in a scenario or theme that befits them somehow. (One man discusses the puppet show "Judy and Mr. Punch" and he ended up being killed by the Funny Man through said puppet show)

The funnies, in turn, are more on visual and cheesy banter, brought to life ala live action toon in a manner so surreal. Oddly enough, they even took a jab of parodying 80s American cartoons in terms of cheesiness and violence, as in one particular murder actually have us watching a parodied Velma Dinkley character from Scooby Doo, mixed with Elmer Fudd of the Looney Tunes, getting murdered with a cartoonish gun, had her brain and eyes shot off in the crudest way. Still, some of the film's comedy did land more on eccentric dialogue and witty one-liners, though non-Brits may take some time to decipher it.

Concluding all this, we got here a film with a strangeness equal to a drug trip, slasher film cliches done by the numbers, a cool looking villain despite the cheap latex (don't get me started on a certain "cross dressing scene" *shivers*), and a 50/50 workable comedy. With barely a story, the film's strength relies a lot on grue and surrealism to make it all work out, though not everyone's gonna get it. Funny Man's may not be everybody's masterpiece, but it is worth at least one viewing if you're curious or feeling British. (It's an episode we all will experience at least once...)

Just a friendly reminder though: switch off. It'll help a lot!

Bodycount:
1 boy smothered with potato sack
1 female clubbed to death
1 female electrocuted on the head with jumper cables until combustion
1 female had brain shot off with a cartoon gun
1 male had the top of head decimated with a bomb
1 male gets a stiletto heel to the eye
1 female ripped apart
1 male blown apart into fireworks
Total: 8
Posted by Kaijinu at 8:46 PM