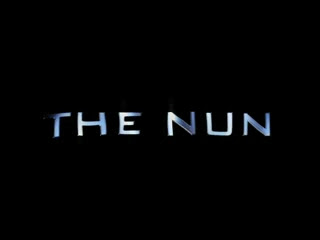 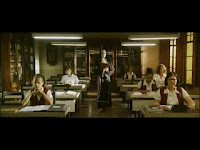 Again proving nuns are something God should have never planned out in the first place, this English language Spanish flick has us going through a familiar supernatural revenge plot as a vengeful ghost nun kills off women who are somehow connected to her demise. By somehow I meant they killed her. Ain't a surprise. Ain't a spoiler. I've seen it miles away. I must be watching too many of these... 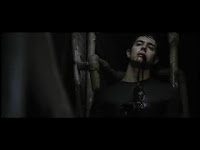 Eighteen years ago, a group of six preteens were terrorized at an all-girls Catholic School by a uber-strict nun who's mean of punishment includes making you eat paper or washing your groin with a shower head.

Something happens some time later-*coughMURDER*cough- so we move to the present with young Eve, the daughter of one of these girls, witness her mother get murdered by a levitating semi-aquatic nun; cops didn't make anything from it and labeled it a suicide, but after one of her mother's friends also got killed in an "accident' involving an elevator, she decided to join her friends' visit to Spain and try to find a likely explanation to why this is happening. 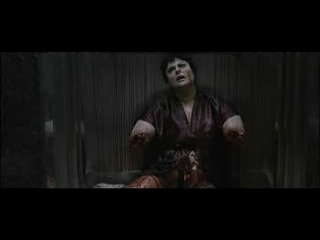 Seems like a fair plot and I'm happy to say that majority of the movie, tolerating the odd accent, The Nun played a cool and interesting supernatural slasher. Take House on Sorority Row meets Darkness Falls, the film makes up for its lack of workable characters and feasible acting with some strong gore effects (both CG and practical), worthwhile suspense scenes, beautiful camera work and some great killer ghost action.

Now these little flaws weren't really that bad as one can easily overlook it, but this movie had done perhaps one of the biggest mess-ups I've seen in terms of making plot twists, so bad that it kinda ruined everything that it was building to.

You see- spoiler alert- there was no killer nun.  It's all Eve. Or at least they try to make it look that way. 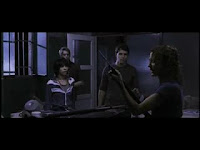 Problem with this was that it just doesn't add up for a number of reasons; given she has cut her own mother's throat or crucified one of the victims, how exactly did she pull off the elaborate elevator kill, then? Or the glass pane murder? They even gave an explanation that a trauma may triggered her killing spree, starting with her mum, which I'm open to accept if not for one dumb, little loophole: her mum's the second effin' victim. Another victim in London was killed days before said trauma was triggered so if she's responsible for it all, how the eff did she even got all the way from Europe then back at America in just a few days? My likeliest explanation for it all was possession, Eve's is the killer nun's host or something, but these guys are trying so hard to make their twist legit they even included flashbacks to back it up. I dunno, I try not to over-think this. It insults my intelligence. 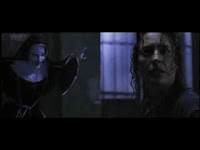 Watching this movie could might as well be watching I know What You Did Last Summer (1997), only with a wet nun instead of a wet fisherman, a dumb try-hard twist that came out of nowhere in an attempt to top High Tension (2003)'s, and oddly long for a slasher film. (101 Minutes. Ten minutes of that came from our cast explaining a lot of things we figured out on our own already) And yet, I'm giving it a pass for at least a fun 90 minutes before they ruined it. Now, please excuse me, I'm gonna watch some cartoons to mend and relax my brain...

Bodycount:
1 female had her throat cut with kitchen knife
1 female mentioned dead, burned
1 female had her arms crushed off on elevator, bled to death
1 female found crucified
1 female drowned in bathtub (flashback)
1 female decapitated by broken window pane
1 male hurled to a wall, killed
1 female burned inside an oven
1 female impaled through with harpoon
total: 9
Posted by Kaijinu at 7:18 PM