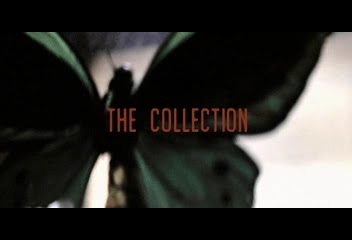 Ugh, do they really have to do it this way? I mean, don't get me wrong, I love a good sequel to a great movie as much as the next guy does (unless said guy is also skeptical like me. He's probably the brother I never had...) but, oh God, this isn't The Collector I learned to love.

Some time after the first movie, Arkins, the lead thief with a heart of gold last seen captured by the Collector, finally escapes after a trap set inside a hidden warehouse rave began to murder and mutilate every partying teens inside.

Except one, a girl with a hearing disability named Elena.

After this strangely unsatisfying and meaningless bloodbath, Arkins is later hired (blackmailed to be more exact) by Elena's wealthy father to get his daughter back, seeing the thief already know a thing or two about the masked freak. Guiding a group of mercenaries into raiding the Collector's lair, obviously rigged with enough traps to slice, squish and shred anyone who dares to, it wasn't long before one by one, they dwindle down in number.

All the while Elena tries her best to find a way to survive and escape her captor. After having some close calls herself, she soon meet up with Arkins and company, altogether trying to live through the night without losing a limb or two.

After all that anticipation, I was left disappointed at how much this franchise stepped down just to entertain us; while The Collector was an intense home invasion slasher relying on stylish visuals, atmosphere and some moderate gore to make up with its lack of strong plotting, The Collection dwells into horror-action category featuring first person shooter-inspired narratives that dropped the overly dark and moody tone of the first and replaced it with shallow gore and action set-pieces. In fact, does this even count as a slasher? I think I'm beginning to see why some people didn't consider the sequel to Alexandre Aja's The Hill have Eyes remake as a slasher as it's more of an Aliens inspired survival/siege film, a plot similar here where people are put up against a menace with as much shoot-em-up action sequence as possible, incidentally meaning that there will be other baddies for the group to fight such as zombie-like drugged maniacs and attack dogs.

Sadly, even the Collector himself fell victim to this; if he was a methodical and sadistic masked slasher with an ambiguous motive on why he's "collecting" people in the first film, here he's just another bad guy with big guns, big traps and obsessed with killing with a reason. So are we supposed to share his interest now? No, this change just made him a very cliched bad guy.

Worst of it all though, and I'll keep this simple, not one of the cast (not even Arkins, who we all learned to root for in the first) is likable or that developed. For reals. They're paper thin meat scheduled to be killed off in after every five to ten minutes. Nuff' said.

Now, it ain't all that bad, I admit; if we're gonna talk about gore, and only gore, The Collection might fare you well. If you like shooter games or fast-paced action/horror like that over-burned Resident Evil franchise, then this might fare you well, too. Hoping to see a well directed, semi-original take on a familiar horror sub-genre structure? Um, you could try this one and see if maybe I'm just being bias. Personally, though? No. I'm sure there's some other horror title out there with a brain but this definitely isn't one of them. Been anticipating for this sequel? Go ahead and treat yourself, you kinda earned it and I could at least give the movie that much of a support. Me? I'll just say I'm glad I was able to see it, but not gonna be all to keep this for keeps.