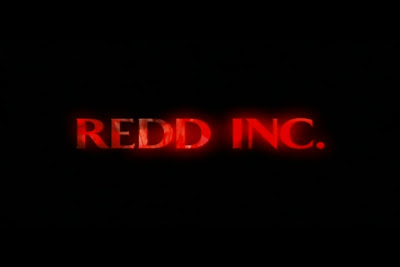 
Was it my fault that I thought the box cover and the plot made it look like this is gonna be a SAW-Clone? I can never see how a single-room setting would actually quality as a slasher film premise, so I never paid much attention to this until I got a last minute thought, as any movie with a picture of a guy in the cover all bloodied up and with an axe looming next to him has to at least have a chance of being a hack-and-slash flickie. So I pulled out the wallet and bought a copy anyway. Now, technically, the first third of the movie took place in a single room, while the rest, well, I'm just glad I had the second thoughts.

Opening with a sassy new executive walking down the aisle with her prada shoes and her designer coat, she gets the unfortunate fate of being killed off early in typical slasher fare. The culprit? Regional ManagerThomas Reddman, axe at hand and grinning madly at the screaming bystanders.

Six months had passed since his initial arrest and presumed death after the transport he's riding crashes, leaving only his bloody hand as their "proof", Annabelle Hale, previously a witness taking a stand against Reddman in his trial, finds herself kidnapped along with five others who're involved the persecution, by none other than Reddman himself, revealed to be still kicking and killing. He had them hostage in a mock workplace, forcing them to do a workload of paper work while threatening them that if they get five warnings from him, it'll their termination. Literally.

And what other way to demonstrate this by killing off the guy with four cuts on his forehead, who at his last minute decided to fight back by stabbing Mr. Reddman on the hand with a pencil (wanker didn't even flinch). However, Mr. Reddman has something special for Hale to do; he entrusted her to figure out which one of the remaining four might be the killer. As days passed by, escape attempts are made, suspicions are discussed, soon it shows that they may have been hiding something that sealed in their fates at the deranged boss' hands (well, one hand and a blade replacing his missing left), and he's willing to make them pay in blood.

As mentioned above, Redd Inc. starts off as a one-room thriller in which people are forced to do a task to survive, at the threat of gory deaths waiting for them if they don't abide with the rules. It definitely sounded SAW-like, but unlike the Gorno classic or any other imitators out there, Redd Inc.'s villain and direction is somewhat modeled after a typical slasher film, in which anyone can die and in a grisly yet inventive fashion at the hands of the killer.

This horror sub-genre element eventually escalates by the time of the climax, where in one of them finally escapes, and the killer begins to prowl around killing those he can catch; it was at this point where we got treated with a neat twist that shifts some character directions, and an exciting concluding act taking place yet some time later.

There's some great camera work on this title and cinematography, as the single location where most of the movie took place derived a good claustrophobic and hopeless feel to it. And with Tom Savini taking charge of the special effects department, and features a funny cameo, the gore and kill scenes here are just awesome! The kills are a little CG enhanced, but in a all in all you can tell there's some bit of love, creative-wise, to these murders. Keep an eye on the gruesome death of a so-called medium, specially those who're probably wanna get even with those lil' fakers.

Kudos to Nicholas Hope as the main killer Reddman, who's overall presence deserves him a good shiver down a spine as both literally and figuratively a boss from hell. Kelly Paterniti was also great as the film's final girl, breaking up the old-fashioned virginal, innocent yet street smart girl with a hard working, troubled yet resourceful fighter facing all sorts of threat. The rest of the cast was fair on their roles; could had done a little better, but otherwise not too wooden, so its more than acceptable!

The idea of a slasher loose in an office isn't entirely new to horror, not with the likes of the cheese-sleaze, pseudo-horrors that is Hard to Die or Psycho Cop Returns, but what makes Redd Inc. a lot better is that it took the time to build an even direction towards both horror and thrill, through a modest budget without dipping in overcooked cheddar. It's a cheap movie, and maybe a little unoriginal, but dang it, ain't it a good run!

Redd Inc. may fit perfectly as a weekend party movie, or a midnight movie to share with your friends. It delivers what it should, from blood and guts, to tight thrills and horrible baddies, so I can highly recommend this title for those looking for a descent slasher/thriller flick, it tried and tested a decent merging of ideas, and while its far from perfect, it had fun with it. 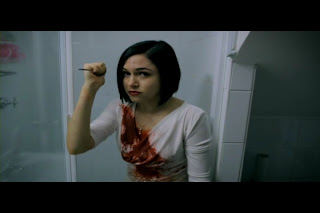