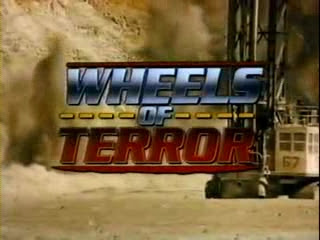 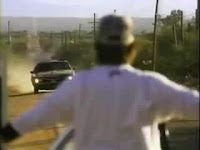 In the small town of Copper Valley, Arizona, a mysterious black Dodge Charger began to stalk and abduct the town's young girls while killing a few people that got in the way. As the mysterious villain easily evades capture, this brings a lot of distress for the small town, especially to our hero Laura, a female school bus driver who moved in from Los Angeles. Her paranoia soon becomes an awful truth when her own daughter is kidnapped right in front of her one school day. With a modified bus, Laura has no choice but to give chase and stop the killer before its too late. 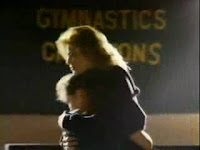 There are a few horror titles out there that has the desert premise working for them; Road Games and The Hitcher are the best one I've seen, and so goes to the desert stalker thriller classic Duel, as well as fair games such as the ultra rare Mirage (1990) and, at some level, The Car (1977). Now, I would like to share my thoughts on this 90s made-for-tv thriller that features a potential baddie in a rather cliched story. 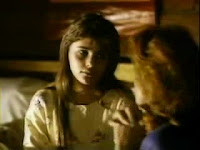 The driver's actually an effort of a villain; instead of a random invisible figure ramming people down with his ride turned murder weapon, the rider is instead a vicious pedophile. His exploits are realistic and utterly horrifying, especially coming from a small town who's ripe for the picking. The killer somehow decided to hype their infamy by killing these girls instead rather than just letting them go like what he did early in the movie.

The first half of the movie actually has a decent look at how these crimes have affected the town and our leading heroine. Less of a slasher and more of a crime drama, that was until Laura's little girl got kidnapped, which suddenly had the film turning a full degree into a 20 minute Duel-inspired stalk-and-chase sequence between a infamous Charger and a souped-up schoolbus full of kids. 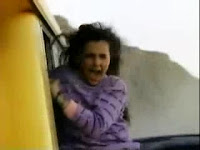 Now, watching this as a cheap B-flick, it's actually fun at some point despite the movie being far ain't a great thriller. While the rapist angle of the film is rather nasty, no rapes were shown onscreen thus devoiding the film much of the dread of standing up against something unpredictable. The bodycount isn't really that high nor is it brutal seeing the focus here is more on the kidnappings than an actual murder spree, but it could had helped the film with its impact. There are also some problem with logic here and too the characterization of some of the casts; I can understand why it may take some time to pin-point the killer since their victims are either dead or brain-dead, but wouldn't you think the town should be a little more suspicious seeing a banged-up car nobody had seen before? The kids on the school bus certainly never seen it before and same goes to the cops, so what gives? Okay, so that leaves everybody else an idiot at some level, so thank God Joanna Cassidy (of the Bladerunner and Who Framed Roger Rabbit? fame) did a fair job as our lead, a single mum and our first school bus racer, and thank small mercies for a chase scene that doesn't disappoint that much. (Though, there's a slasher-cliche at the near end where it looked it our killer car must drive off a cliff twice before ultimately meeting it doom!)

Wheels of Terror had its potentials, but ultimately made some odd scripting and uninspired formula that made this film forgettable. With logic tossed out of the window, all we have left is a dumb yet fun psycho-thriller at a half, worth a view for its time, or at least when you're able to catch it on TV.