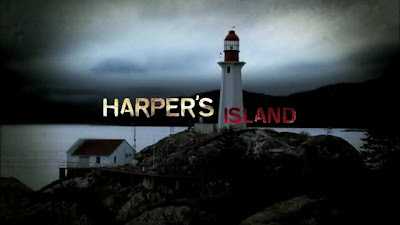 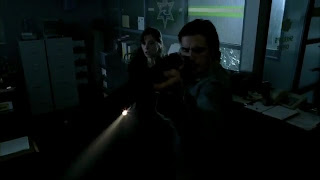 I'm not much to speak when it comes to TV series. Honestly, I prefer watching movies than television dramas for the same reason why I don't own a lot of comic books despite being a comic book fan.

For me, I prefer seeing a whole event under one sitting as I don't want cliffhangers nor do I like the fact that I have to see a previous episode just to understand what's going on. It's frustrating in my case, hence why I stick to miniseries, both in my comic books and TV shows.

Now, Harper's Island was introduced to me as a commercial and I recall not really caring much about it. Heck, even after seeing one episode, I ignored it for a while until I saw one scene that caught my interest: a man tied and drowning underneath a boat with his head near the propellers. The moment the boat starts its trip, off goes the unfortunate fella's face.

By then, I said to myself  'Okay, you got my attention, TV show. Hit me with your best shot'. 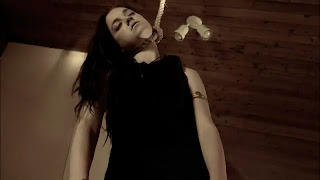 In Harper's Island, a murderer named John Wakefield took the life of six locals at the titular location and one of them happens to be our protagonist's mother. Said protagonist is Abby Mills, who comes back to the island seven years after the massacre to face her demons and, at the same time, celebrate her bestfriend's wedding. However, it seems someone is killing off the guests one by one. As the local police tries their best to investigate and stop these murders, this proves to be easier said than done when one suspect to another are getting killed off themselves, leading to a conclusion that sent chills down on everyone: John Wakefield's back.

Harper's Island finds its strength on the gimmics of being a slasher film mashed into a teen TV drama. It was marketed with a tag line promising 13 weeks, 25 suspects and only 1 killer, thus resulting to an extremely large cast, made for the picking in a "Mystery Event". It doesn't really stray much from its slasher roots, a reason why it got hold of to me so easily as we basically have here stereotyped casts with not-so-stereotyped personalities get sliced up. It's nothing that suspenseful, nor new, but the overall romp of having us watch and anticipate the deaths and the identity of the killer who just so happens to know everyone too well is simply fun at the very least.

Promisingly, each episode has to show at least one death, with a minor character dying off within the earlier episodes before cutting down the main cast in the latter, much like how the good old bodycounters back from the days worked. And to top it all off, the kills are pretty good too! Gory at times, shocking in another, and while it's no gore hound's feast (it's a TV series after all), the kills are fair on their own and I really prefer my slayings to be as old-schooled and as random as possible. Harper's Island answered that for me, so that's another point for this treat. 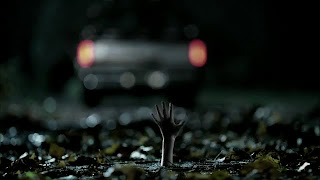 But just as any slashers made over the past fifty years and ongoing, there's no denying the fact that Harper's Island is guilty of two common crimes this sub-genre keeps committing: cheese and cardboard red herrings. Since the cast waters down in each episode, more than one in some, the murder mystery angle thins down altogether that it soon becomes too obvious who's doing the killings; John Wakefield did appear in the latter episodes but his initial appearance was too soon and made it too obvious that he ain't working alone. Other than that, we will also witness a lot of melodrama that may eat some time and build up some cheese as even the killer just had to share his own thoughts about his slaughter. Kinda funny seeing a cool killer like Wakefield express his parental instincts later on but until then, there are enough murders to keep our minds jarred, enough trivial mystery to keep us glued to our screens and probably the excited expectation of a good death somewhere in between.

TV horror is fun, in a mild and somewhat guilty way, and for the 13-episode slasher film serialization Harper's Island, it's quite easy to accept it at least as a good time-passer. It knows its way around the sub-genre and I'm pretty thankful for that as it provides cheesy thrills, a good murder spree and a plot that is not so complicated. A bit melodramatic, but horror fans can find a thing or two to enjoy from this television show that's smart enough to end it all in a single season.