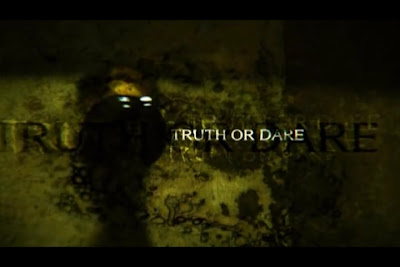 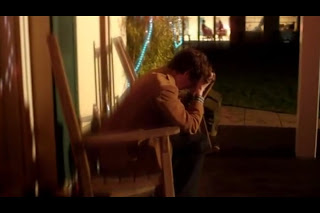 The story tells an older brother's vengeful attempt to milk out the truth from five teenagers who happens to be with his younger brother one night he was humiliated in a party. Trapped in a cabin at gun point, the group is forced to reveal what they know in a vile version of "truth or dare", where you tell the truth or die lying.

Of course, it's not all that simple as becomes more complicated the further it reaches the climax, but before that, Truth or Dare does its best to be a sort of SAW clone where victims are forced to confront the past and even their own personal demons. Worked at some point, but overall, there's a pacing problem and a lot of scenes just doesn't spark quite right.

For one, Truth or Dare practices casting unlikable characters for the sake of being meat for a random and unpredictable kill, may it be from the captives or the captor(s) themselves, each with their own secrets kept which later fuels the story at the near end to a full drive. They're all guilty, and the film did some good scripting to keep us glued and guessing who's to blame and who're to live, but with a cast full of suspects, I was really hoping to see good torture or kills in this one. The kills were okay, but they're not as intense or special that it'll get me to rate this film any higher; ironic coming from a movie whose title's based on a game, I was expecting a lot of torture/killing methods for "dare" choices, but they kept it simple, hardly knocking.

It could be me, however, when I said that the biggest letdown was that this film's ending felt a bit anti-climatic and even gloomy for me. Not gonna spoil much, but it revolves around suicide and the most undeserving survivors I've seen. As if the overall simplistic murders isn't bad enough, they had to mess it around the damn plot with a twist that just doesn't work. At least for me.

Until then, the Truth or Dare was a good run. Doesn't show much, but it's easy to follow and the narrative will keep you anticipating for what will happen next. As a thriller, it does it job, and nothing else.