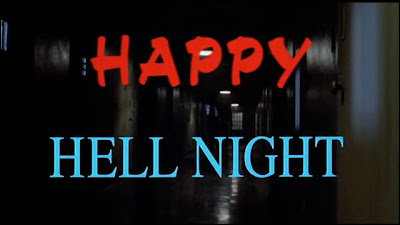 When brothers clash for the same gal, things are bound to get ugly and this was the case for Eric, the house president of Phi Delta Sigma fraternity, when he found out that his younger brother, Sonny, is seeing (and canoodling) his ex-girlfriend. 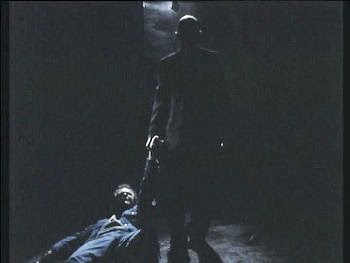 Bitter about this, Eric takes advantage on the fact that he has to initiate his brother to the fraternity via the annual Halloween Hell Night (under the nagging of their father, an ex-sigma) and, out of revenge, tasks Sonny a fraternity stunt that he originally thought was too risky for his pledges: you see, there is a local boogeyman named Zachary Malius, a man in a priest's garb arrested for the murders of seven sigmas and a local girl some years ago, apparently out of a Satanic ritual. Everybody claims he's still alive, waiting motionlessly for something inside his cell at a local nuthouse and Sonny and another pledge is supposed to take a picture of the man straight from said asylum should he exists. 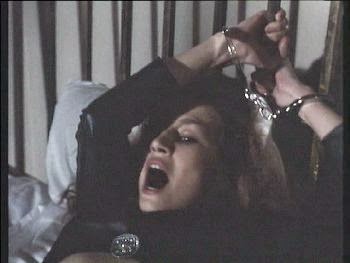 After nosing around where they shouldn't be, the two eventually find the priest in his cell, covered in cobwebs yet very much alive and deadly. Malius grabs this opportunity to escape, killing his way out of the building and trails back to the frat house, where a convenient blackout had driven most of the partying guests out of the house, leaving several frat members and their dates in the dark, ripe for Malius' slaughtering spree.
A very 80s-esque slasher released in the early 90s, Happy Hell Night is your typical college initiation gone wrong type of horror flick, with a side of supernatural creepies. It has a cheesy tone siding with a nyctophobic atmosphere as well as some really gory killings at the hands of an effectively unnerving demon, which harks back at the early 80s entries of the sub-genre. 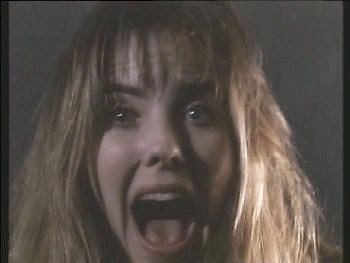 Sadly, the movie is underrated by many fans for some perfectly understandable reasons. For starters, the editing made the film look weird at times, the messy quick-cut fashion dealing more odds that resemble a rushed job, leaving a few scenes looking like two separate scenarios pasted together to create a jaggy flow on the plot. This gave the movie an unbalanced tone when it comes to its otherwise cheesy direction and scripting, but once the spree killing starts, it thankfully decided to ditch the cornball frat party atmosphere and went straight ahead with being a bloody bodycounter that somehow made this flaw work with the killer's supernatural state. As in, giving him a reason to be strangely in so many places at once.

Then, there's the fact it lacks any real sympathetic characters, with majority of the cast playing frat boys that are either douches or bearing the brain of a horny preteen, as well as foreign chicks that is just there to be fucked and killed. Character development is never a thing for slashers, but at least give the meat bags a personality that set one apart from the other. The final girl is a variation, at least; she's not a virgin, established quite early in the film, and the only form of accomplishment she have done against the killer was that she recite some spell while the two brothers tango with a homicidal demon. 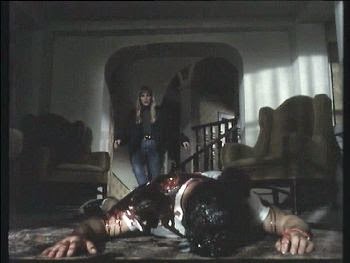 Not a strong set of casts, but at least said killer was well worth seeing. In fact, he is one of the major pros this movie offered, with his pitch black orbs for eyes, lean built with a bone white skin, and a creepy voice that sounded like a homicidal Stephen Spielberg's ET. Malius's presence is so unnerving that the cheesiness of his otherwise hammy one-liners are almost lost in the abyss. His kills, though a good number of them are simple ice axe kills, are gory and bloody enough to satisfy avid bloodhounds, even if some of the murders fell victim to the movie's quick-paste editing.

It definitely has its moments once the action kicks in, Happy Hell Night is far from perfect but it didn't fail to entertain. It's paint-by-number approach to a basic slasher did make it predictable, a sure disappointment for those looking for something out of the ordinary, but for the right audience who just love to see a killer do away dumb frat boys via bodily mutilation and hackings, this is a worthy title to add to their collection, or at least see for the hell of it.

Bodycount:
7 males and 1 female found slaughtered with a knife
1 male had a hand cut off, killed offcamera
1 female had her neck slashed with a scalpel
1 female gets an ice axe through her head
1 female killed offscreen with an ice axe, later found dismembered
1 female hacked to death with an ice axe
1 male found dead with hack wounds
1 male found crucified with nails driven to his face
1 male bled to death from hack wounds
1 female decapitated
1 male ice axed through the head, exits to an eye
1 male ice axed on the chest
1 male disappears
Total: 20