Something Sciencey and Deadly: Strange Behavior (1981) 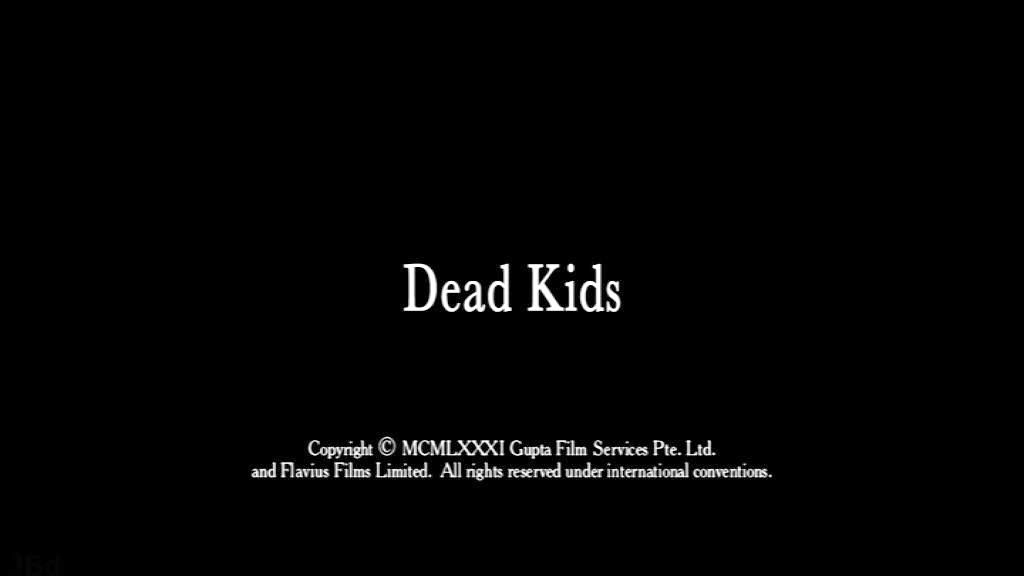 At a first glance, it may look like another dead teenager flick, but prioritizing a whodunit story and weird atmosphere over high bodycount and gratuitious exploitation makes this New Zealand production anything but another slasher.

Opening with a random teenager left alone in his house while his parents go out, his momentary freedom to smoke a cig and listen to 80s pop tunes interrupted by a sudden power outage. Making his way to the kitchen, he lights a candle and fools around making shadow puppets, only to discover he's not alone and gets a nasty eye stabbing from an intruding teenager.

Later that morning, we shift our attention to the Brady family; Pete Brady is a bright student itching to go to college but is short in cash to apply just about anywhere. (and that includes the town's campus) Fortunately for him, his friend Oliver referred him to a local hospital, wherein the staff are looking for willing applicants to participate as human test subjects for their experiments involving some sort of mental exercise. (demonstrated on a chicken being controlled via video recording of a dead professor) Thinking it's the easiest way to make a few hundred bucks, Pete agrees to undergo the sessions.

That night, Pete and Oliver decided to join a costume party to honor their "independence"; one cheesy yet groovy dance sequence later, two teenagers from the gathering left to the woods for a quick make-out, unknown to them that a maniac in a ghoul mask followed them there. A boy was killed and the girl managed to run back to the party, where horrified partygoers caught a glimpse of the man in the mask as he scurries away into hiding. Safe from the crowd, but not from us, the viewers, the killer unmasked himself to reveal a familiar face.
Hearing this, as well as made aware of a missing boy the other night, Pete's father and local sheriff John Brady gets into the case, piecing together all the evidence he could find but finds himself stuck in coming up with any solid lead. In the midst of this, Pete undergoes the experiments and begins to notice odd things happening to his body. It soon ties up to a shocking conclusion, where a town's horrible past returns, leading to a twist that's honestly ingenious, if not overworked.

Many parts medical thriller, whodunit, teen slasher and mad science, Strange Behavior was a fresh, albeit weird take on the formulaic bodycounters of the early 80s, keeping enough of the subgenre to satisfy slasher hounds while catering to other kinds of scares and thrills. Masked killers and brutal knifing was generously provided on the plot but it's focus was obviously more on mystery, with a flow that's paced perfectly to keep us watching in intrigue and interest, enough red herrings to ponder about, and a twist that one wouldn't see coming.

Those who are a bit squeamish on body horror would also find some bits here that would keep them cringing; one intense example is a patient getting a syringe full of chemicals into one of their eye sockets, and another involving a someone pissing blood during a date. There's also a gruesome revelation of what happened to one of the earlier victims, which later seen as a human scarecrow that's just unnerving to look at.

Production is fairly professional, which is a lot to say for a movie of this sub-genre; the lush New Zealand country side provides some great visuals and a nice small town vibe, direction had us peeking through solid scares and creep factors, but the things that this movie benefited from are it's characters and casts.

Acting is quite solid, giving the cast of characters enough value to root for or feel for in a relatable way. That is, of course, if you can overlook some funny blurbs, strange things that just appears to be normal to them (cutting toe nails at the kitchen and a father walking into the bathroom while his son showers among a few)  and one scene of them doing a corny choreographed dance routine to Lou Christie’s “Lightning Strikes” during a party. Incidentally, these oddities are one of the few things that made this movie charming; it serves as a nice distraction for us while the plot waddles around with the "why-dunit" mystery.
Even if it is cheesy weird, I am confident to say Strange Behavior (the film's original title, which I prefer over the bland "Dead Kids" ) is a must own for all true slasher fanatics, though one should keep a heads up as it is closer to that of a giallo-inspired thriller than a film about a mask psycho on a killing spree. Still, one should be open to have a good time and this movie definitely knows how to go with the flow, no matter how strange it gets from beginning to end. Recommended!