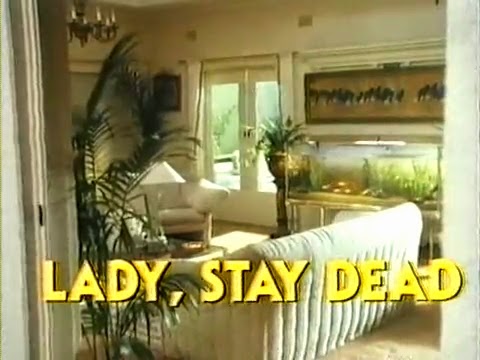 It’s funny to think that some films out there suffering from identity disorder; may it be comedies or drama, adventure flicks or horror films, there are titles in which it can’t seem to make up their minds to what it really wanted to be. While some producers take the easy way and combine two genres together, some movies like Lady, Stay Dead struggles to provide the best of each genre can offer and ends up “strangely unique”.

Gordon Mason is a loner who works as the handyman and gardener of a young singer, Marie Colby. Thing is, Gordon is mentally and emotionally unstable, first seen in the film caressing a blow-up doll while listening to Colby’s’s own single. So when the singer verbally abused him too much for tracking mud in her newly cleaned seaside mansion, Gordon snapped and rapes her, all in the delusion that he is doing her a favor. Understandably, Marie isn't too happy about the incident, which confuses Gordon into attacking and drowning her in a fish tank when she goes hysterical on him. 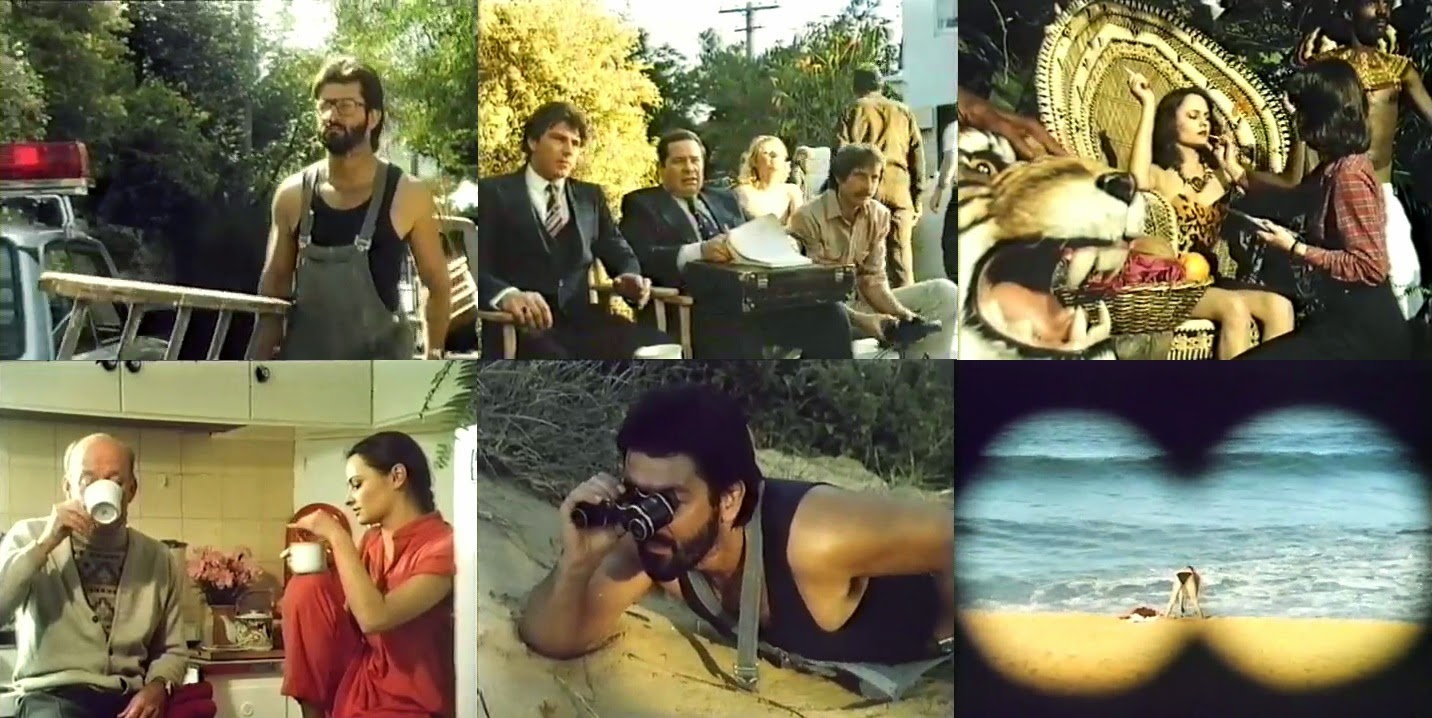 Now with blood on his hands, Gordon tries to hide away the body, killing a concerned neighbor and his dog, but just when he thought he bumped off the only witness to his crime, Marie’s sister, Jenny, came later that day to house-sit. Immediately smitten, Mason shifts his attention to court Jenny, trapping her inside the house as he mocks and stalks her in every opportunity possible. Jenny now has no choice but to deal with an emotionally dangerous man and try to stay alive.

With a title like Lady, Stay Dead, you wouldn't expect this to be a slasher movie; if anything, I did expect a comical thriller under the vein of Weekend at Bernie’s hearing the title alone. Fairly enough, however, director Terry Bourke  chucked in some stalk-and-slash action in the middle portion of the film where Jenny became well aware of Mason’s twisted intentions. For the rest of the movie, I saw more grindhouse thriller than bodycounting.

Taking note on films like Maniac (1981) and Don't Go to The House (1980), the first portion of the plot appears to focus on Mason's exploits in "courting" his latest victim. At some point, it nearly became a psychological battle for sanity as he momentarily pictured his Marie's corpse coming to life but it was dropped in a twist and became a clumsy slasher film with Jenny fending herself against a powertool equipped gardener. It was standard stalk and attack reminiscent of the last third of most slasher films but seeing how Mason's a serial rapist rather than a homicidal psycho, the action and the villain himself failed to be all that impressive in terms of the horror approach.

Eventually, the film shifts back to being a thriller with a shootout scene that seems to place the movie in a hastier pace and added a higher kill count, with the latter featuring one of the most unfortunate victims in slasher history. The final product undeniably looked messy but at least it did made an effort to do something different from the majority of slashers coming out on that decade and be exploitative fun all the same time.

By all means, Lady, Stay Dead isn't necessarily a terrible movie but it did lacked the focus and creativity to perfectly merge these idea to create a solid story. At first it was a exploitation, then a survival flick, and then it finishes as a cop out movie with a slasher-esque ending, all packed in a measly 90 or so minutes of pure Ozploitation cheese. If you love obscure hammy grindhouse thrillers then Lady, Stay Dead remains as a welcome option.

Bodycount:
1 female drowned in a fish tank
1 male hacked on the head offscreen with a shovel
1 dog shot
1 male shot with a shotgun, set on fire by a molotov cocktail
1 male killed offcamera
1 male shot to death
Total: 6
Posted by Kaijinu at 4:15 PM