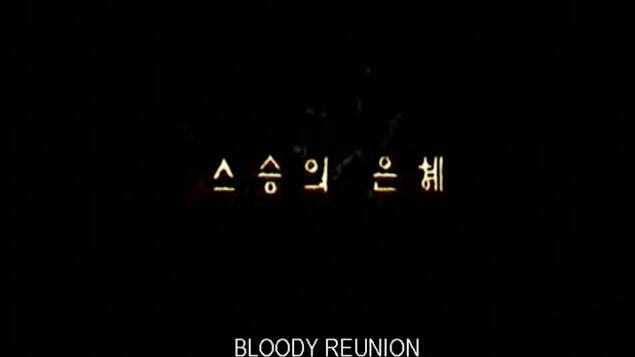 Some people try their hardest not to forget their grade school years as it hold some of the most dearest and curious parts of their lives; your friends, your first game of hide and seek, your first field trip, your first schoolyard scrap, all of which endearing if not a little embarrassing at times given how soft and open our minds were back then.

Unfortunately, there are also those who wish to forget this portion of their past; may it be due to childhood bullying or some events too traumatic to mention, this is the central theme for South Korea's wonderful entry to the slasher cycle of 2006, To Sir, With Love. 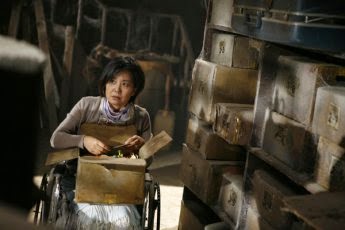 A mix of the old slasher bone and torture porn-style gorno, it tells the story of Mrs. Park, a former elementary school teacher now fallen ill, disabled and currently under the care of one of her old students, Mi-Ja.

Seeing that Mrs. Park's conditions aren't getting any better and fearing that she'll die sullen, Mi-Ja plans a reunion to cheer up the ailing teacher, with six old classmates answering the invitation. It all seems fine at first but it is noticeable that the now adult former-pupils are uneasy around Mrs. Park. Through a series of flashbacks, we get to learn why...

When she was still teaching at grade school, Mrs. Park gave birth to a deformed and mentally challenged boy named Young-Win. The shame of raising a freak was too much for her husband, hanging himself in the basement one day while their son watched. The event was bitter enough for Mrs. Park to keep Young-Min locked up in the basement and vent her frustrations out on her class' own misfits, which turns out to be all six of those who gathered to the reunion in the present. 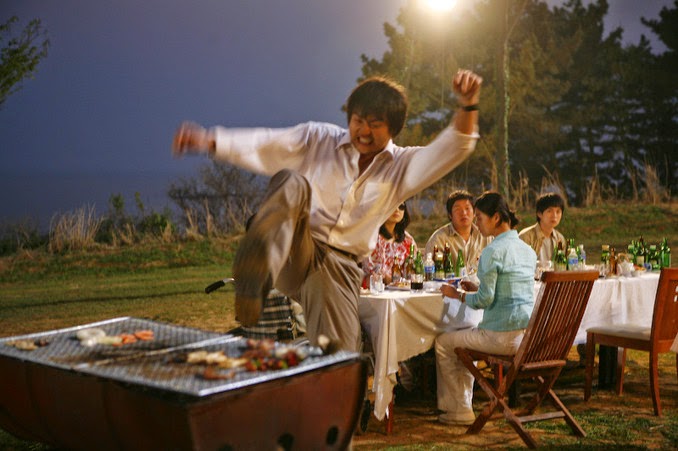 Each with their own personal grudges against their grade school teacher, whom they blame for their current status in life as "losers", they lash out their hatred for her and even got close to murdering her. However, someone in a creepy rabbit mask is out capturing, torturing and murdering the vengeful ex-students one by one. Could it be Young-Min out to protect his mother? Or is it someone else in the group gone utterly mad?

Since this was one of the few slashers I get to see and own during the early years of my collection, To Sir, With Love has a special place on my heart for being a disturbing yet beautiful piece of work; one of the biggest pros that aids this film is that the characters are well acted; each of the cast portraying them takes a deeply layered take on the typical cliched slasher victims, with much gut and persona that it's near believable in a highly dramatic way and it brings out a sense of dread that the story benefited from. Throw this in to a direction well in touch with a very resentful atmosphere and a pacing that broods toward the impending mayhem, then you'll have a slasher that's high on shocks, creepiness and some unexpected twists that keeps the plot as fresh as possible. 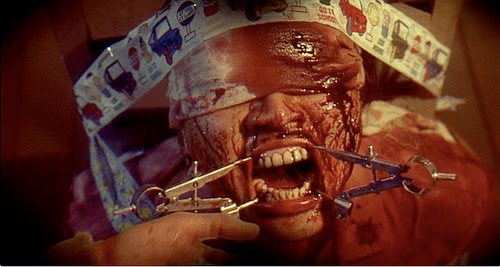 Production wise, it is visually stunning, more or less in the sense of premise, photography, and the film's deliriously brutal executions of its characters. The latter earns a high remark from me since I find the kills perfectly blended with the torture porn-style nasties popularized by films like Hostel and the SAW franchise; one fine example would be the killer's first victim, viciously slashed with a box cutter before dragging his dying body to a secret hideout, prying his jaws open with a pair of compasses and then force-feeding him with razor blades and a kettle of boiling water. It's pretty nasty and the killer himself isn't half bad with that creepy bloodstained cardboard rabbit mask.

The only bit that keeps me from giving this movie one more star (or half-a-star) was that the twist reveal leaves one large plot hole and it kinda brings a level of ridiculousness to the story. Not going to reveal much but it resembles the infamous twist from the extreme French slasher High Tension, with a slight more detail on the reveal that involves some child's soiled pants. Thankfully, this didn't effect much of the movie and it even ended it all with a depressing tone. 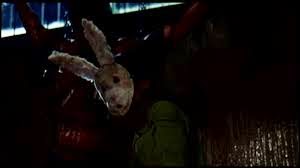 Tackling the idea of how much a teacher, being a child's second parent, can affect the well-being of the children placed under her responsibility, To Sir, With Love shuffles around being both a gory horror movie and a dramatic psychological thriller. This being mentioned, the movie is just a lot of fun and well-recommended for all slasher fans!

Bodycount:
1 male hangs himself
1 male repeatedly slashed with a box cutter, later force-fed with razors and boiling water
1 female had her eyes stapled open with a stapler, killed
1 male bludgeoned to death with a baseball bat
1 female falls off a cliff
1 male had his eyes thumbed
4 males and 2 females poisoned, later knifed to death
1 female found dead
1 female dropped to a sea side
1 female disappears
Total: 15
Posted by Kaijinu at 2:49 PM