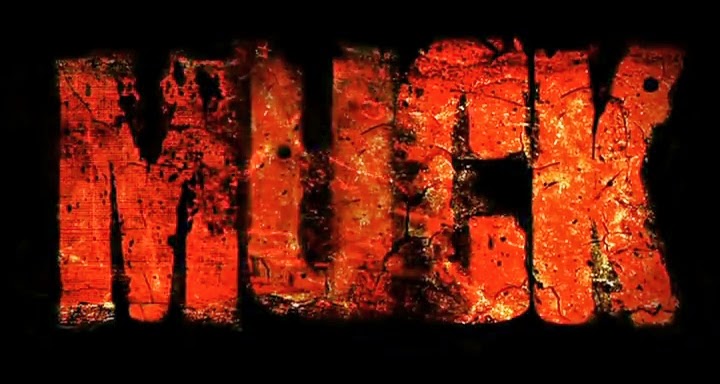 Boobs, blood and guts. These are the very things that fuel slasher films everywhere! But there is one other aspect that most dead-teen flicks these days are intentionally forgetting or hadn't been thinking out too well: story.

This being said, let's talk about Muck; now, I will try to give a fair look to its "story" since this is actually the middle entry of a planned trilogy: the first, titled Muck: The Feast of Saint Patrick will be released in 2016 (or something), acting as the prequel to Muck. A third film is yet to be announced but seeing what this "middle child" is already offering to us, I'm not too keen on having that noise in my life.

Come to think of it, I'm not too keen on seeing the prequel either. Let me explain why. 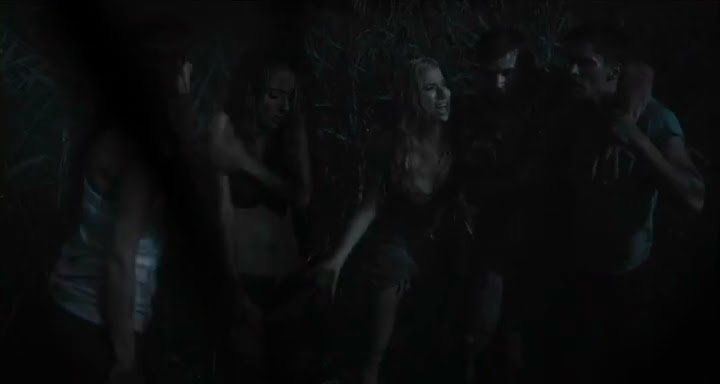 Muck starts out in media res (in the middle of the action); five survivors of an apparent attack stumble out from the marsh, find an abandoned house in the middle of the muck, and bicker at the idea of breaking and entering while fearing that something lurking around is still out to get them. (Apparently whatever attacked them had killed one of their friends already, while another is left wandering topless in the swamp, assumed dead by her oh-so-loving buddies)

Eventually, they all decided to get inside the house after discovering it is unlocked, drink some of the booze while one of them wonders of their chances of surviving by comparing themselves to horror movie characters. (oh, so self-aware~!) Making sure those chances will not happen, nice dude opted to get out and find help, leaving his bitter soon-to-be-doctor girlfriend, a dude with a broken leg, said broken leg dude's bimbo girlfriend, and another girl that' I'm sure is there just for bodycount. 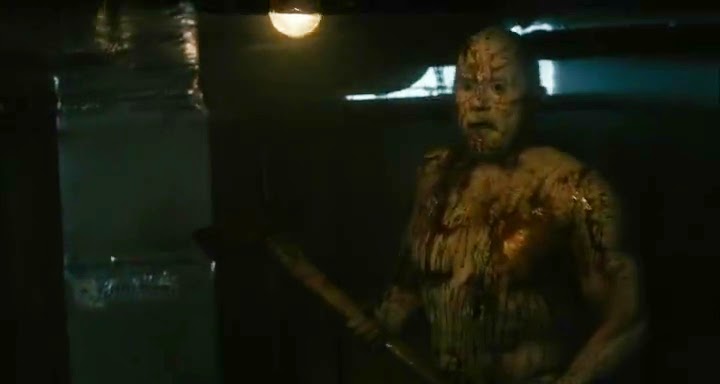 Look, see, if our supposed "hero" is this dumb, then what about the rest of the characters back at the house, you say? Well, I don't give a fucking damn coz they'll all be dead: one of them gets hacked with an axe by Kane Hodder's character "Grawsome Crutal" (which was a pretty cool looking killer if only he lasted longer than 5 minutes fighting one of our protagonists), another gets burned alive, another got stripped naked before being thrown through a window (yeouch), and another gets crushed by a car flipped by what appears to be an army of albino men with markings carved on their bodies.

Who are these men and why are they after the teens? Nobody bothers to explain, though some parts of the film hint that there might be something else bigger and deadlier than these freaks, which adds up to...nothing. For the entire movie, it's either teenagers being hunted by literal white men (two of which are bigger and bulkier than the rest), or teenagers with enough jockiness killing off or at least knocking out some of these freaks. By then, I'm starting to care less and less whether these guys survive in this movie or not, but just when it looks like we're in it for more, it just ends with a cliffhanger.

So, that was Muck. That was the entire "movie". Positives? Intriguing marketing strategy, lots of boobs and ass, zero CGI, loads of blood, loads of dangerous stunts, interesting looking killers, and an awesome final fight scene. 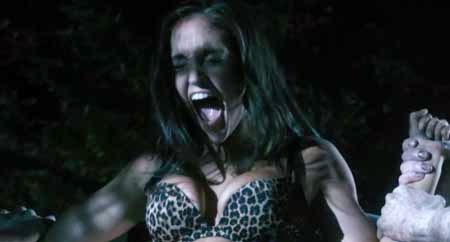 Of all things to say, I find their gimmick of releasing the middle entry of a franchise flawed; I mean, if this is what the supposed "second" entry of a series was willing to offer, what does it say for the first film? The third? Granted that the prequel may shed some light on some questions Muck left for us, for those seeing this film as a stand-alone movie and expecting a badass slasher in the swamp will be sorely disappointed unless they're shallow enough to overlook story over tits, ass, and blood. (no gore. surprisingly)

Sadly, I'm the kind of guy that likes at least some story in his horror movies and would rather have some blood and gore than see boobs and butts in every random moment. Not that I don't like boobs, but too much ain't good for anybody and, apparently, anything. And that includes a slasher titled Muck!