While technically not a teen slasher, Massacre At Central High is an interesting wild card for every dead teenager fanatics as not only can it be regarded as a forerunner to campus-set horror movies like Final Exam (1981), Cutting Class (1989), or even Wes Craven's Scream, but its a special case of a revenge movie that took some unusual turns even for an exploitation film.

David is an aspiring runner and the new guy at Central High, a South Californian campus where a group of four bullies have the say on everything that happens outside of class. Fortunately (of sorts), one of the bullies named Mark knew David for some time now and urges the new student to join his band of thugs, an offer that David is quite unsure of. 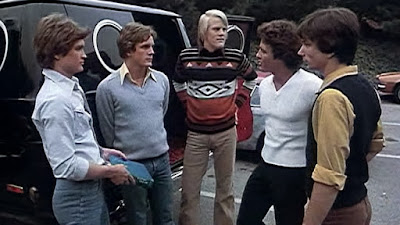 As each day passes, David is getting more and more into hot water with the bullies as not only he refuses to join in, but he also befriends the group's victims including a young librarian and a frequented nerd. Things finally set off when David protected a pair of girls from a near-gang rape, a heroic deed that puts him in the bullies' hit list and have their revenge by breaking his leg with the weight of a car.

With his injury ruining his chances from running again, David plots to get even with each of those responsible, unaware that once the bullies are gone, another group of power-hungry students will take their place. 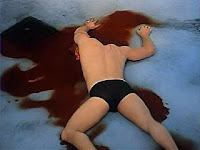 Looking pass the vintage cheese, Massacre at Central High is a celluloid look at what could be a realistic portrayal of victims and monsters, a line that gets blurred the further the story continues. It acts like an allegory of our society where anyone, even the ones that were thought to be the weakest, will grab whatever power they can just to set everything the way they wanted it to be or get even for all the wrongs inflicted upon them. It's a common trait for any individual and this film chooses to portray it without needlessly exploiting a lot of elements. 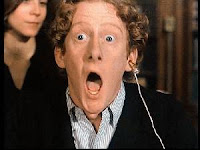 The murders are realistic in most of the chances, although some of them did get a little overly dramatic and complicated; death by hang glider mishap and unexpected empty pools do sound like neat set-ups for accidents and though the gore is absent, they're pretty fun in a nonsensical sort of manner, nearly making the character committing these crimes reduced into your typical slasher villain. However, once all the bullies are killed off, a new kind of deaths take over and in our age of post-Columbine nightmares, these school attacks are a little unsettling and even bitter as we see the lengths and disillusions David succumbs to in his attempt to keep the campus free of dictatorship.

These latter attacks are thought-provoking and the sacrifices our characters have to make just made it all seems worthwhile of our attention. The only thing that hinders any full sympathy and catharsis to these scenes was the cheese-laced acting of the casts. While I understand that budget is the main culprit to this limit, truth be told it killed off the seriousness some of these situations are trying to show. 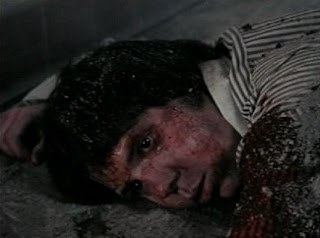 Still, with its own effort and message, Massacre at Central High did a wonderful job incorporating these in a B-grade exploitation movie. It's gratifying with its off-beat atmosphere, subtle violence, and ingenious plot turns, a true cult classic well deserving of its title among hardcore genre fans.