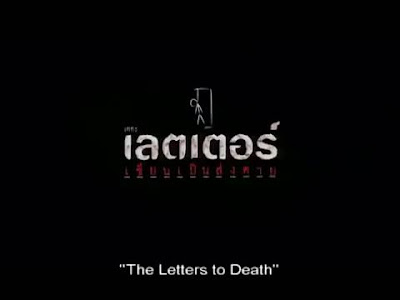 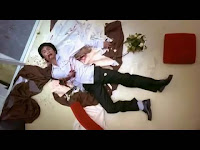 The Final Destination films showed us that it is indeed workable, under the right circumstances and creative use of "accidents", to have a gory and fun killer-less slasher movie. And, like most successful franchises, it isn't safe from imitators such as 2006's Open Grave which gave us a cursed board game killing teenagers one by one as faceless a supernatural boogeyman, as well as Thailand's own 999-9999 wherein a cursed phone number grants wishes but at the price of one's life. 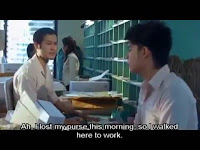 Letters focuses on a group of friends who were classmates back at grade school. Now adults, each receives a chain letter that challenges them to solve a hangman riddle and pass it on to 29 other people within a few days or a terrible fate will befall on them. Scoffing it off as a joke, those who didn't follow the letter die one by one through a series of bizarre accidents, leaving our leads, Sayri and Nataya, to begin searching for reasons why they received these letters and who -or what- is responsible for them. 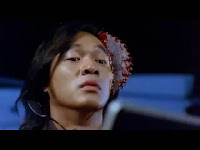 Much like the majority of legitimate Asian horror films, Letters tries to take its plot seriously by throwing in supposedly heavy subjects such as guilt, childhood trauma, and bullying. Needless to say, the direction was too fast paced to invoke any kind of empathy and sympathy for the casts, and the execution is either cheesy or forced, so the seriousness of the story came out rather laughable instead. And if that isn't bad enough, the supposed mystery we should be invested to is really weak since early in the film, hints of a rejected classmate were made too obvious and, if you have seen enough Asian horror or slashers, you can tell right away what this is all about. 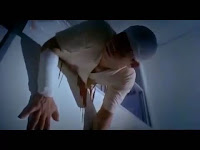 As for the accidents, I honestly can't vouch for any of them as they're pretty basic and hardly shocking; there's a lack of anticipation and build up, sadly adding more to their flaws as they're already cheesy and cartoonish to begin with. Not Ruben Goldberg-esque cartoonish, but bad CG and/or realistically impossible cartoonish.

Still, as bad slashers go, Letters has the advantage of being bad and unintentionally hilarious. I'm also giving some points for the attempted seriousness as, concept-wise, its not a bad idea. It just so happens this was messily handled as the film clearly have no idea what to focus in or how to merge all of these ideas properly. As a result, The Letters of Death is a forgettable yet watchable film that you can view just when you feel like it. It's nothing special but you wouldn't lose much from seeing it either. (Except, maybe, an hour and a half of your life...)